Bicycle Crashes on Sidewalks with Motorists

One of the most prevalent bicycle crash scenarios is where the bicyclist is impacted on the sidewalk or crosswalk, while the motorist is trying to pull out of a driveway. 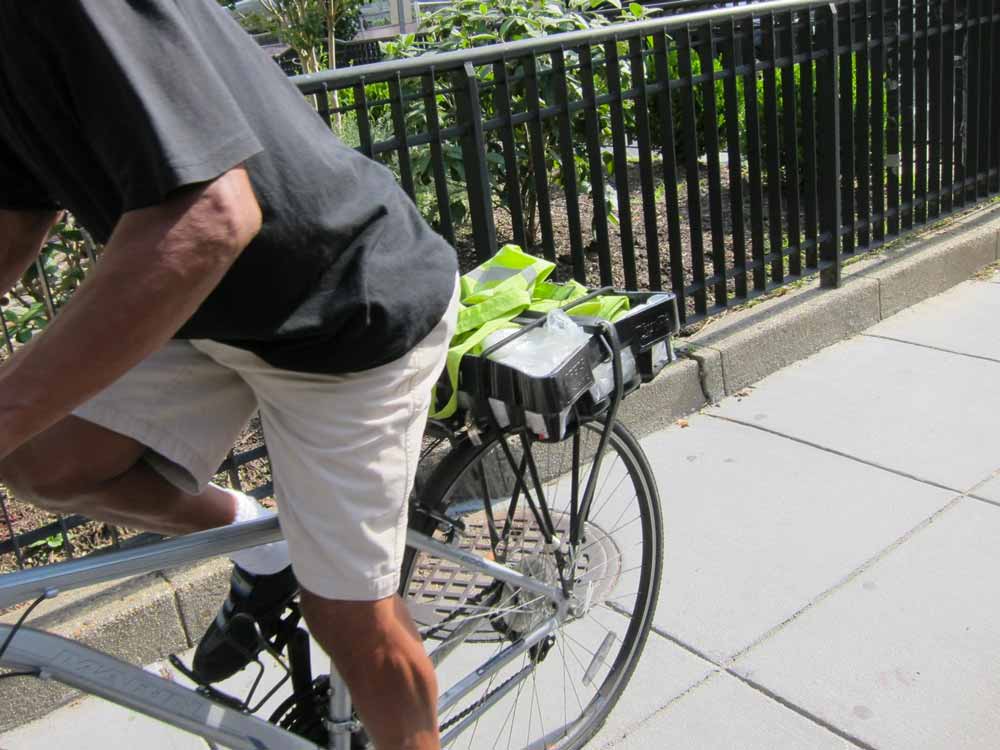 Motorists recurrently seem blind to cyclists moving on a sidewalk or crosswalk, and many police officers are oblivious to the rights of cyclists to use the sidewalk.

Why would we cyclists select the sidewalk?  Why not be in the road, away from slower moving pedestrians, baby strollers, dogs, and other impediments on the sidewalk?

The answer is FEAR.  Motor vehicles weigh thousands of pounds more than the cyclist and bicycle. Vehicles are usually traveling numerous times faster than the cyclist. A cyclist hit by a car at 45 mph or even 35 mph will often die.  A sidewalk collision at much slower speed will yield lesser injuries.

Some roads have too high a speed limit for many cyclists to feel safe or comfortable.  Some roads have dangerous conditions for cyclists, such as metal gratings or other road furniture. Some roads are poorly maintained, and their condition is dangerous for cycling.  Lots of parents feel it is entirely too dangerous to allow their children to ride in the road, with faster motor vehicles, because children may not be capable of understanding and reacting to the dangers they confront.  Moreover, the average motorist won’t give a cyclist adequate room when passing.  Most roads in urban areas are inadequately wide for motorists to pass cyclists, while both stay in the same travel lane.  Yet, motorists often do not pull into the next lane to pass.  Motorists may “buzz” or “squeeze” the cyclist, or even worse.  So many cyclists do not always exercise their right to use the road – they retreat to the sidewalk.

Florida state law says that cyclists who ride on the sidewalk have all the rights and duties of a pedestrian. Florida bicyclists can RIDE LEGALLY in EITHER DIRECTION on a sidewalk.  All too frequently, police officers mistakenly believe that cyclists can only ride one direction on the sidewalk. I have seen cyclists issued traffic citations for heading eastbound on the sidewalk immediately adjacent to a westbound road lane for motorists, or for heading northbound next to the southbound motorist lane. There is nothing illegal about such cycling behavior. These cyclists were not riding the “wrong way”.

Another misunderstanding too often held by police officers is that cyclists must stay off the sidewalk altogether. I've written about bicycle sidewalk laws before. Unless there is a contradicting local ordinance, under Florida state law, cyclists may ride legally on the sidewalk. Bicycle safety advocates recommend that cyclists ride predominantly in the road, but there are certainly limitations to this advice.

One type of sidewalk bicycling crosswalk accident seems to be most common in Florida.  Crashes have occurred frequently when a motorist exits from a shopping center or other driveway, and collides with a cyclists in the crosswalk.  The motorist wishes to make a right turn onto the main road, and only checks for vehicular traffic to the driver’s left. In this situation, the exiting driver often fails to look to his/her right.  The driver is concentrating only on vehicles to his/her left, which would prevent the anticipated right turn onto the roadway.  The failure of the motorist to look to his/her right results in a collision with the oncoming cyclist, who has already left the sidewalk and entered the crosswalk, or who is so close to the crosswalk that he/she cannot stop.

If you have an accident while riding on the sidewalk, please feel free to contact me to discuss your legal rights.