If you live in Florida or Georgia, and want to go cycling in the other state, make sure you know the differences in state bicycle laws. Some are very different. 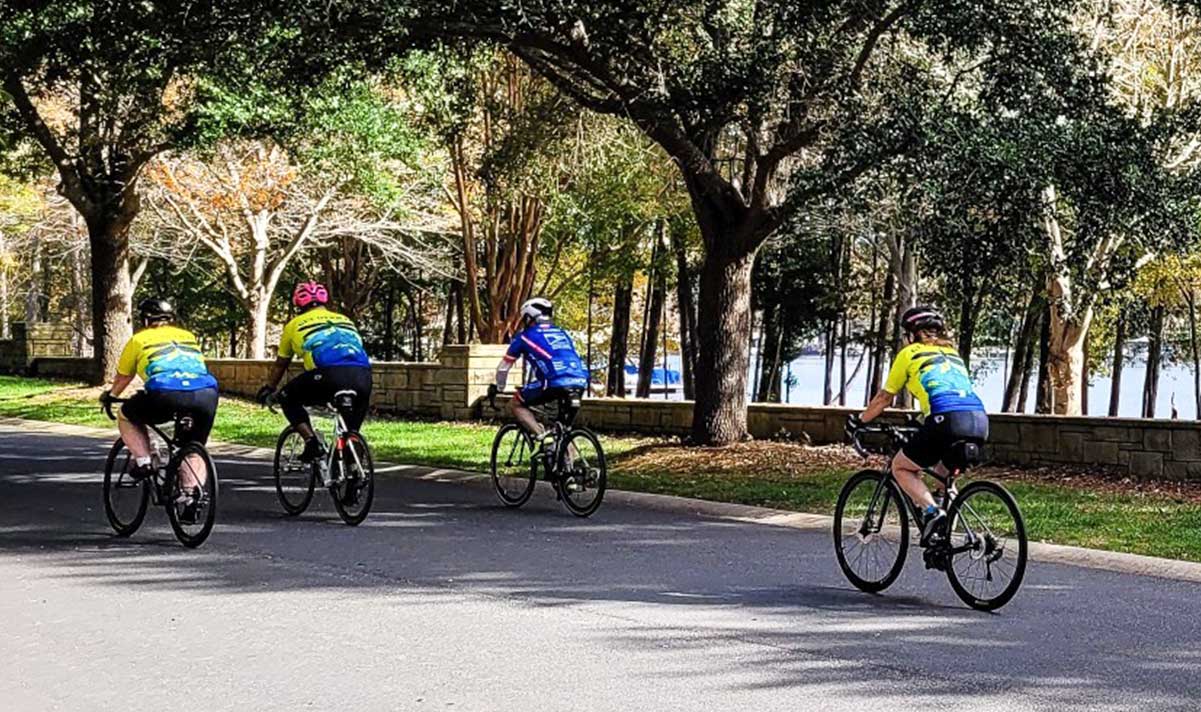 2020 has contrasted with every other year of our lives. Public health restrictions and COVID-19 have canceled events and some air travel. But not all recreation is off limits! Cycling is strongly encouraged by many health experts during the pandemic because it keeps you fit, is outside, and carries less risk than inside activities.

Due to Covid-19, many Floridians have decided to take vacations or weekend getaways by automobile. The closest state to our Florida border is Georgia, a great cycling option for a full vacation, or even one day. Georgia has some fantastic destinations for cycling. North Georgia has a milder climate, big sustained climbs, and beautiful scenery for road bikers. The Silver Comet Trail, spanning from Atlanta to the Alabama state line, is one of the USA's most appealing rail trails. In just over an hour from Jacksonville, cyclists can ride around Jekyll Island or attack the Sidney Lanier Bridge, a longer climb than any of our local bridges.

You've made the short trip to Georgia to ride your bike. What exactly are the cycling laws in Georgia, anyway? Are you excused from following them because you don't know what they are? Lawyers say a famous Latin phrase, "Ingorantia legis neminem excusat". This means "ignorance of the law excuses no one."  Now that you're cycling in Georgia, you should know the laws. If you violate a cycling law, it is not an excuse that you were ignorant of this law. Here is a short comparison with the bicycle laws in Florida.

In both Florida and Georgia, the law defines bicycles as vehicles. Cyclists must follow all the state laws applied to operating vehicles and follow the special, applicable bicycle laws.

Bicycle Law about Riding on Sidewalk

In both Florida and Georgia, only cyclists and e-cyclists under the age of 16 are required to wear a bicycle helmet. (No state requires that cyclists older than 18 years old wear a helmet, but a few states mandate helmets for e-bike riders of all ages.)

Both Florida and Georgia require cyclists to ride in a provided bike lane, or if there is no bike lane, as close as practicable to the right edge of the road, except:

Bicycle Law about Riding Next to Each Other

Florida and Georgia are slightly different when it comes to riding next to each other. Georgia law states that cyclists shall not ride more than two abreast, except on paths or facilities exclusively for bikes. Florida law says the same, but it adds that cyclists riding two abreast must not impede traffic. Because of this difference in the law, Florida cyclists have been ticketed for impeding traffic when they were only riding two across.

Bicycle Law about Riding at Night

Both Florida and Georgia don't allow fixed gear bikes or "fixie" bikes without brakes. Each state has a different requirement for approved bike brakes. In Florida, bicycles have to have a brake, which will enable its rider to stop the bike within 25 feet from a speed of 10 mph on a dry, level, clean pavement. In Georgia, bicycles must be equipped with a brake, enabling the operator to make the braked wheels skid on dry, level payment.

Both Florida and Georgia have adopted the 3 Feet Passing Law. When passing a cyclist, the motorist must give a safe distance of not less than 3 feet between the vehicle and the bicycle. (Interestingly, Alabama's 3 feet law has some dangerous exceptions for cyclists. The 3 feet passing law applies only as long as the cyclist is riding within 2 feet of the road's right shoulder. If the road has a double-yellow-line separating opposing traffic, then the 3 feet passing law does not apply.)

Finally, Georgia has an excellent bike law, which Florida should adopt. Georgia passed a law that required that after July 1978, each county and municipal corporation shall install new road grates that are safe for bicycle travel. How wonderful not to risk sinking your wheel into the abyss!

Having been informed about these Florida and Georgia bicycle laws, now is your time. Throw the bike on your car, make the short drive, and put in some miles. Wear your helmet, adjust your brakes, mount your bike lights at night, and know when you've crossed the state line so you can stay off the sidewalk (which is something you probably do anyway)!

Florida Cycling Attorney Chris Burns is a Jacksonville, Florida attorney who has specialized for 35 years in defending the rights of bicyclists all over the southeast United States. He is also a dedicated advocate for cyclists, has been the chair of his local Bicycle Pedestrian Advisory Committee for many years, and contributes to various cycling advocacy organizations.