U.S. Death and Injury Rates for Bicycle Riders are Worsening

Deaths and injuries to bicycle riders spiked upward in the U.S. from 2010 to 2011 according to the U.S. Department of Transportation. 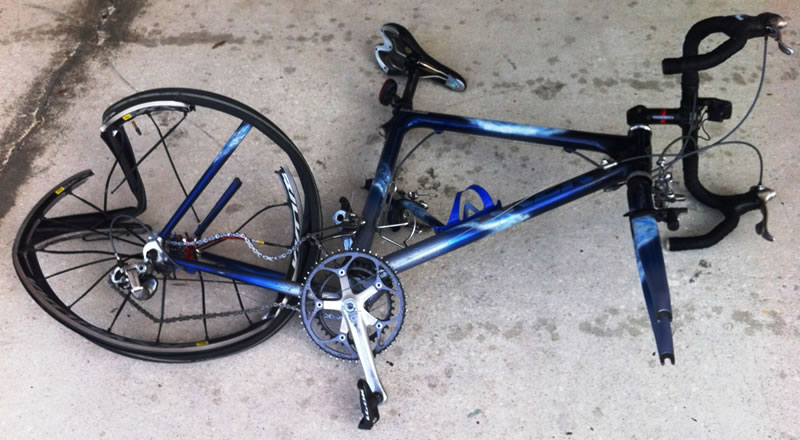 This is the reversal of a trend which saw bicycling deaths dropping in the United States over the past 20 years. Just released statistics from the National Highway Transportation Association (NHTSA) prove that bicycling injuries and deaths have increased. In April, 2013, NHTSA released statistics about bicycling deaths and injuries occurring in 2011. Bicycling deaths have increased by almost 9% from 2010 to 2011, while pedestrian deaths increased about 3%. By comparison, deaths to occupants of vehicles (cars, trucks, etc.) decreased by more than 7,500 between 2010 and 2011.

There is one way in which death rates for bicycle riders and vehicle drivers are similar. Alcohol is a killer!  23% of all cyclists who died in 2011 had a blood alcohol level over the legal limit of .08 g/dL.

With bicycling having so many benefits - such as enhanced health, decreased pollution and auto emissions, reduced obesity, positive economic impacts on the community, how can we encourage people to ride bikes?  Probably the most important way is to enhance bicycle safety around our nation.

What is behind this increase in bicycling deaths and injuries?  Many commentators suggest simply more people are commuting by bike than ever before. With more cyclists, there are more injuries and deaths. But this does not explain the sudden uptick in deaths and injuries. Others fear that motorists and cyclists frequently become frustrated with each other, and motorists more commonly become enraged by cyclists who they feel should not be able to share the road or delay their speed.