Among all recreational sports, bicycles are the leading cause of ER visits for children. Both Pediatricians and Neurosurgeons confirm that bicycle accidents are a very significant source of head injuries (called traumatic brain injuries) in children. 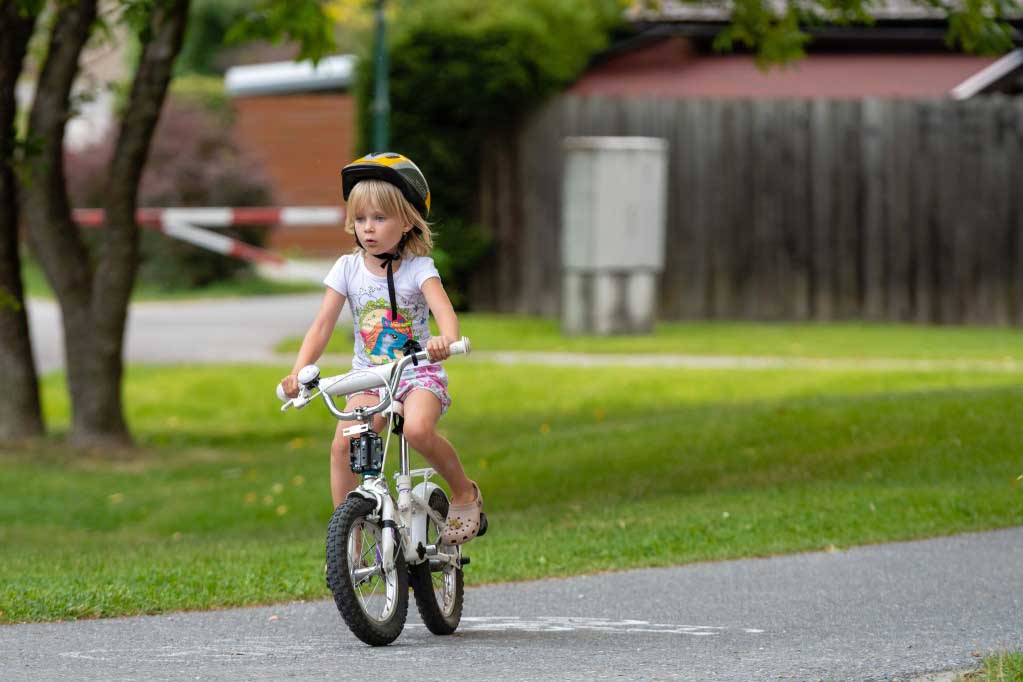 Bicycling is one of the most popular recreational activities in the US with 44.3 million children younger than 21 participating.

Bicycle Helmets Reduce the Severity of Injuries to Children

Head injuries occur because of two different factors – impact force on the on the skull, and compression force on the brain. Helmets have the capacity to mitigate both types of trauma.

One important factor with the safety of bicycle helmets is this - Helmet materials deteriorate over time. The Snell Foundation which tests and certifies helmets recommends that helmets be replaced every five years.

Snell says that “Hair oils, body fluids and cosmetics, as well as normal "wear and tear" all contribute to helmet degradation.” If you are similar to all the cyclists with whom I ride, you sweat – a lot! For this reason, Snell would suggest that you replace your helmet every five (5) years.

Another important thing to know – If you are in a crash and any part of your helmet is impacted, you should replace the helmet. The United States ANSI guidelines say any helmet in an accident must be destroyed or turned in to the manufacturer.  The United States Code of Federal Regulations (CFR) requires helmets to have labeling that states, in part, that “a helmet that has sustained an impact should be returned to the manufacturer for inspection or be destroyed and replaced.” The CFR section that applies to bicycle helmets is §1203.1.

The Federal Law and Bicycle Helmets

There is no federal law requiring bicycle helmets. There is currently no state that mandates bicycle helmet use for all riders, no matter the age. A proposed law was considered by Maryland’s legislature this year, and was rejected. Alabama, Connecticut, Delaware, District of Columbia, Florida, Georgia, Hawaii, Louisiana, Maine, Maryland, Massachusetts, New Hampshire, New Jersey, New Mexio, New York, North Carolina, Oregon, Pennsylvania, Rhode Island, Tennessee, and West Virginia have mandatory helmet laws for children below a certain age. See a map of all the states and what bicycling helmet laws they have. The most common age limit for these laws in under 16 (view PDF).

Some of My Thoughts on Bicycle Helmets

I encourage all cyclists to wear bicycle helmets, I wear one religiously myself. I support bicycle clubs who mandate wearing helmets on all club affiliated rides and events. While the American Academy of Pediatrics supports federal law that requires bicycle helmets for all riders, I don’t support such a mandatory bicycle helmet law. Many low income and indigent people use bicycles as their only form of transportation. They often cannot afford a bicycle helmet. Some argue that a mandatory bicycle helmet law would be discriminatory. More minorities are unable to afford cars and depend on bicycles. They would be burdened by the law. Furthermore, some advocates contend that in foreign countries where mandatory bike helmet laws have been passed, data suggests bicycle ridership has decreased. Personally, I am simply not certain this data is reliable.  As my personal choice I am certain of only one thing – I will always wear my bicycle helmet.

Please be aware that there have been numerous recalls of defectively manufactured or designed helmets.  Here is a link to all of the helmet recalls from 1995 to the present. Lawsuits have been filed against helmet manufacturers for defective helmets, and bicycle shops have been sued for breaching their duty to sell a helmet that fits properly. Bicycle race organizers and promotors have been sued for failing to require hardshell bicycle helmets. Conversely, a parent of a child, who was injured while riding without a helmet, has been held by a court as being comparatively negligent in causing the child’s injuries by knowingly failing to make sure a helmet was worn.