The statistics for wearing a bicycle helmet are compelling. About 9 out of 10 bicyclists who die are not wearing a helmet. 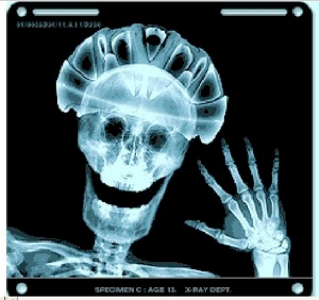 According to the Bicycle Helmet Safety Institute, 91% of all cyclists killed in 2009 in the United States were not wearing a helmet. In Florida in 2009, there were 100 bicycle fatalities. Only 12 riders were wearing helmets. 88 were not. From 2000 to 2010, Florida suffered 126 bicycling deaths to helmeted riders. But there were 964 deaths to cyclists not wearing a helmet.

Since the statistics are so obvious, one might think that most cyclists would religiously wear helmets.  Unfortunately wrong. Only about 50% of bicyclists routinely wear a helmet.  In 1999, the U.S. Consumer Product Safety Commission conducted a survey, which found that roughly 50% of bicyclists wear a helmet.  It may also surprise you that the majority of cyclists who die are actually adults, and not children.  For the last 10 years, the average age of a bicyclist killed in the U.S. is about 40. The average age of bicyclist who suffers injuries is 29. This is particularly relevant because only 38% of adult bicyclists wear a helmet.  By comparison, about 2/3 of children wear bicycle safety helmets.

As a bicycle accident attorney, I have seen too many bicyclists who have suffered injuries or even death that may have been avoided if they had been wearing a helmet.  I have seen the judicial system compensate these victims and their families less due to the failure of the cyclist to wear a helmet.  I have seen insurance companies offer less compensation to non-helmeted bicyclists.  This is true, even though the law in Florida says the failure to wear a helmet should not be considered as evidence of negligence.

The bicycle helmet statistics don’t lie. Please wear a helmet while riding and encourage others to do the same.