As cyclists, we realize there are real dangers associated with our riding bikes. Between 600 and 900 bicycling fatalities occur in the US each year, and nearly 50,000 bicyclists are injured annually. 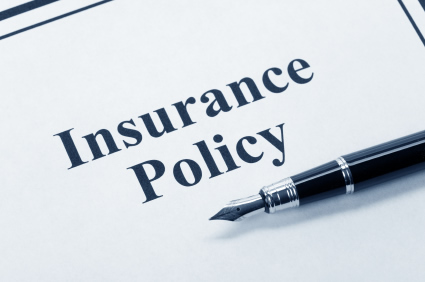 These are numbers that we must reduce, but many argue they are much lower than the numbers of persons who dies from diseases that could have been reduced or prevented if those people had exercised – such as regular bicycling.  Bicyclists who commute or ride frequently, instead of using their cars, and who follow traffic laws religiously, are generally likely to benefit by much better overall health.  Various researchers don’t agree, however some argue that bicycling is less dangerous per hour than driving a vehicle.

Nevertheless, even if you ride safely, there is an old saying that was repeated to me when I first began riding seriously 30 years ago – “There are only 2 kinds of cyclists – those that have gone down and those that will.”

It is incredibly important that bicyclists protect themselves with insurance, should an accident occur.  Over the years, I have attempted to help many cyclists who were unable to pay their medical bills or even put food on their families’ tables because there was no way after being injured, that they could recover fair compensation for an accident that was not their fault.

What's the Best Bicycle Insurance to Have?

It really depends on what type of insurance you currently have and what you want the insurance to cover. Here are a number of insurances that can be used for bicyclist with some helpful tips. If you are in a situation where you have been injured on your bicycle feel free to contact me as well if you have any questions.

If you also own a vehicle, you can protect yourself through your auto insurance. Many Florida bicyclists are surprised to learn that if they are hit by a car, the bicycle rider’s own auto insurance provides benefits – even though the cyclist was riding a bike and not driving a car when the crash occurred.  If you own a car in Florida, you must have certain insurance on it – this is mandatory.  One of the insurance coverages is called “PIP” which stands for Personal Injury Protection.  This typically provides up to $10,000 to cover portions of your medical bills and/or lost wages resulting from being injured when you crashed on your bike – as long as your accident arose out of being involved with a motor vehicle. These benefits do not apply if you had a single bike accident or you crashed with another bicyclist, jogger, or pedestrian.  Not all states are like Florida.  No-Fault insurance is not mandatory in every state.  You should make sure that you have PIP benefits under your auto insurance policy. The limits can be increased beyond just $10,000.

In addition, there is a supplemental kind of coverage called “MEDPAY” that you can add to your auto insurance.  This will provide even further benefits for your medical bills when hit by a car.  You should confirm with your insurance agent the terms of MEDPAY and its coverage for your bicycle crash.

It is truly critical and nearly essential that cyclists purchase “uninsured motorist coverage” (UM) as part of their auto insurance.  UM coverage is not mandatory in Florida.  Often, insurance agents do not encourage it.  But you are making a mistake not to purchase it.

Let’s face it.  The same vehicle drivers who are irresponsible enough to cause you to crash on your bike, are also irresponsible enough not to have insurance to cover you for the injuries and damages they have caused to you.  This may also shock you – but in Florida, it is not mandatory that Florida motorists have insurance that covers the injuries or medical bills or lost wages they cause to their victims of a crash.  Such coverage is optional.  Many drivers don’t have it.  Many drivers have very low limits of this coverage that cannot possibly fairly compensate you. Many drivers violate the law and have no car insurance at all!  Even if they have insurance, Florida motorists are legal if their insurance only has PIP for themselves and property damage coverage for their victims – but nothing for injuries.

You will have the choice to have “stackable” UM coverage or “non-stackable”.  I urge you to consider stackable coverage if you own more than one car.  If have two cars, and have UM coverage of $100,000 on each car, you are allowed to “stack” the two coverages together when hit on your bike by a car.  This means you would have $200,000 of UM available to you.

If you are injured by a motorist without insurance to cover you or very low limits of this coverage, UM is a tremendous blessing.  UM is something you purchase under your own auto insurance.  UM will compensate you for your injuries, medical bills, lost wages, pain and suffering, loss of enjoyment of life, mental anguish, and emotional distress caused by the motorist. Try to purchase as much UM insurance as you can afford – this covers you and is often the “saving grace” for injured bicyclists hit by a car.

If you own a home, then you probably have homeowner’s insurance to cover it.  You should check with your agent to make sure that this insurance policy provides coverage to you in three different ways relating to your bikes.  First of all, your homeowner’s insurance should cover your bicycles if they are stolen.  There is likely to be a deductible on this coverage.  If the deductible is high, say $500, then this coverage may not benefit you a lot, even if you have the coverage.  You should find out what the deductible amount is.  You should also find out if the coverage would pay to replace your bike with a comparable new bike, or just pay the depreciated value of your bike that was not new.  You should also make sure the coverage would apply if your bike is stolen at your house or at another location.

Your homeowner’s insurance may also coverage you, if you cause another cyclist to be injured by your own negligence in riding your bike.  This coverage can be especially important if you are involved in a bike crash on a dedicated bike path or rail trail, and when the accident involves two bike riders and no motorists.  Your homeowner’s coverage can be used to provide you with a lawyer at the insurance company’s expense to defend you against a claim by the other cyclist.  It can also be used to compensate the other cyclist if you were found to have caused or partially caused the crash.

It is worth noting that bicyclists are very fortunate if they have private health insurance (BlueCross BlueShield, Aetna, United Healthcare, Tricare, etc.).  This provides coverage for medical bills.  But this coverage is always secondary to PIP benefits. That means these policies only pay for medical bills once the PIP coverage has been exhausted and used up completely.  Cyclists are also fortunate if they have disability insurance to cover them, after a given waiting period (60 days, 90 days, 180 days?) for their lost wages due to serious injuries.  However, these health and disability insurers expect to be reimbursed for the money they have paid, out of any money you are able to recover from the at fault motorist or your UM insurance.  This is different than PIP insurance, which has no right to be reimbursed.

Very recently, certain insurance companies have begun offering insurance to individual bicyclists. This is great news.  Not all cyclists own a car or a house, and can receive the coverage listed above that could benefit them.  A combination of auto insurance, homeowner’s insurance, health insurance, and disability insurance can still leave you with gaps.  You may wish to consider purchasing bicycling insurance.  One of the insurance companies that offers insurance for Florida Bicyclists is “Spoke Bicycle Insurance”.  One of its supporters is Bill Walton, the famous basketball player, who also loves to ride bikes.  There are several options for coverage. You can select “Bicycle Liability Coverage” that would provide you with liability coverage of $100,000 to cover another cyclist you injured while riding.  This would also provide you with $25,000 of UM insurance to benefit yourself, if another cyclist injured you and did not have insurance coverage.  You can select “Bicycle Theft Coverage”.  This would be very important if you do not have homeowner’s insurance, or your insurance does not cover theft.  You can select “Bicycle Damage Coverage” to protect your property damage if in a crash with another cyclist.  Ordinarily, without this coverage, none of the other policies listed above would cover this.  Please note: there appears to be a $100 deductible on any claim.  You must also specifically list the bicycles that you wish to cover under the insurance.  If the bicycle is not listed, it is not covered.  This coverage is available to professional cyclists and recreational bicyclists alike.

If you are most concerned about your bike being stolen, you can buy a bike lock that comes complete with a $4,000 insurance policy to be paid if your bike is ever stolen.  The bike lock is made by Blackburn.

It is worth your time to check what insurance you have, the gaps in your coverage, and what you may need.  It is tempting to put the decision off to buy insurance for bicycle accidents.  But it is incredibly important to protect yourself for the future.