Is Your Expensive Bike Helmet As Safe As Possible?

Chris Burns highlights four bicycle helmets that were rated 5-stars and discusses why the cost of an expensive helmet doesn't always equate to safety. 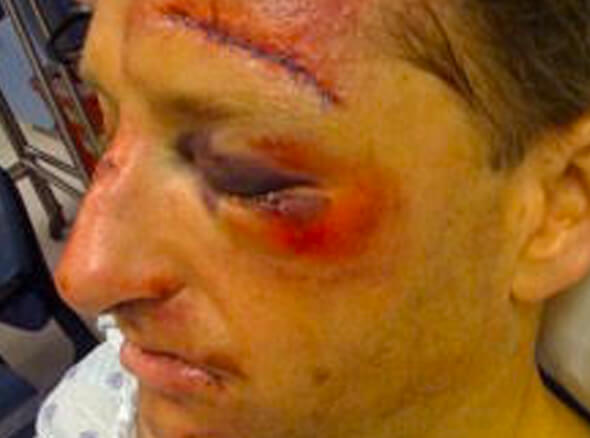 In 2015 about 81,000 cyclists were seen in U.S. emergency rooms for head injuries related to incidents on their bicycles. In 2016, 840 cyclists died in the U.S. The overwhelming majority suffered a fatal head injury.  The disproportionate number of fatalities involved cyclists who were not wearing a bike helmet.

As you can see, protecting your head is a very important consideration when riding a bicycle.

For most of us, cycling without a helmet is inconceivable, although adults are not required to wear a bicycle helmet under Florida law.

Did you know that a recent study has concluded that not all bicycle helmets are nearly as safe as others. Moreover, the cost of helmets is not necessarily related to how well they do their job. The Virginia Tech University Helmet Lab, in conjunction with the Insurance Institute for Highway Safety, conducted experiments and arrived at ratings for 30 different models of bicycle helmets.  Their bicycle helmet test results were released in June 2018.  Only four (4) helmets were issued a superior five-star rating for safety.  These helmets ranged from $200 to as little as $75.  The helmets were:

Other helmets, which were as much as $100.00 to purchase new, received only two stars. The study explained that the star rating relating to the helmet’s ability to reduce concussion risk.  More stars meant more protection from concussions.

Before testing the helmets, the researchers first studied how cyclists were most likely to hit their heads when crashing. This caused the researchers to simulate glancing blows as well as direct hits.  The Virginia Tech study was groundbreaking in these simulations.  By comparison, the Consumer Product Safety Commision requires helmets to pass a test where a dummy head in dropped straight down on a hard surface (anvil).  The CPSC testing protocol fails to simulate typical “real world” crashes.

Quite commonly, cyclists suffer head trauma in the location of where the rim of the cycling helmet resides.  See the photo of myself after a serious cycling crash which is above – I sustained a long laceration above my left eye - just at the level of the helmet rim.  My helmet was poorly designed to protect me from such a glancing impact and you can read about my cycling crash in more detail here.

The four helmets given five-star rankings should be better than most helmets in these and other impacts.

The information released in the Virginia Tech study should be valuable for cyclists in making decisions on helmet purchases. All of the four helmets which received five stars utilized a technology called “MIPS”, or Multi-directional Protectional System.  In a crash, the hard shell and the foam liner inside the shell move in separate directions, which reduces the brain’s rotational acceleration. It is the ability of the helmet’s inner layer to rotate in a separate direction which reduces forces applied to the brain.  Until further research proves differently, you would astute to consider a MIPS helmet for cycling.

One should not assume that because Bell, Specialized, Louis Garneau, and Bontrager received a five-star rating for one of their models, that ALL of the helmets of each manufacturer is equally safe.  Within two days of the release of the Virginia Tech study, Consumer Reports released results of its bicycle helmet testing, which concluded that the Bell 4Forty bicycle helmet was too dangerous to purchase.  Consumer Reports tested two such Bell 4Forty helmets – on each, the chin strap and buckle catastrophically failed.

Should you be a victim of a cycling crash or have issues with faulty bicycle helmets, please contact me by telephone (904) 632-2424 for free advice about your legal rights.