Is it Safe to Walk or Bike on Florida Streets?

It makes me frustrated and profoundly disappointed that over several years, there has been an epidemic of cycling and pedestrian deaths and injuries. Florida is the most dangerous state in the United States for non-motorists. 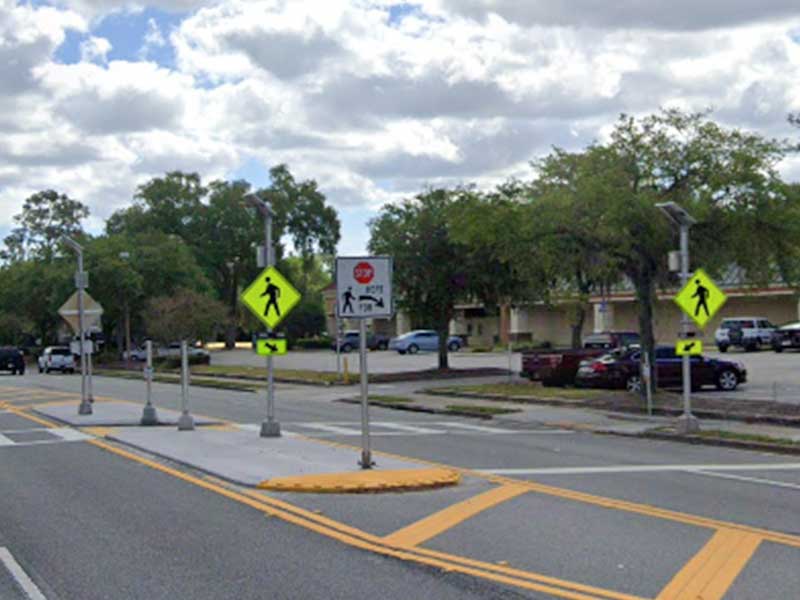 Fellow cyclists, runners, and pedestrians: It makes me frustrated and profoundly disappointed that over several years, there has been an epidemic of cycling and pedestrian deaths and injuries.

In the recently released nationwide analysis of pedestrian danger called, “Dangerous By Design 2020”, it is reported that:

Florida is the most dangerous state in the United States for non-motorists.

Using 2018 data (the most recent available), 2018 was the most deadly for people walking and riding bicycles in the U.S. in the last 30 years.

It is reported that Florida set “safety” standards for 2018 which actually allowed for an increase in the goal number of non-motorized deaths and injuries to 3,447.  Then after setting a goal that would accept an increase in fatalities and injuries, Florida still exceeded its increased goal. See below.

Florida officials should be concerned and embarrassed, but not surprised.  Here are its most recent state and city rankings in the Dangerous By Design reports, which are released every few years:

Is anything being done to reverse the trend? Apparently not enough - Florida’s ranking as the most dangerous state has not improved over 9 years.

Orlando continues to lead the country.  (Miami has improved.)

What is the problem we are trying to solve?  Sadly, motorists too often fail to yield the right-of-way to pedestrians.  From my own experience, Florida drivers are far worse than in many other places!  When I am on the west coast, drivers seem to be on the lookout for pedestrians and stop more frequently to allow pedestrians to cross. But in Florida, drivers seem to be oblivious far too often to people on foot.  Studies have concluded that installing rectangular rapid flashing beacons may increase the yield rate of motorists for about 20% to 80%! They have also been approved for use in the U.S. since 2008.

When it comes to pedestrian deaths and injuries, drivers’ failure to yield is just one part of the problem. There are many places where facilities for pedestrians are lacking, where there are no sidewalks or crosswalks. The lack of facilities often causes pedestrians to walk or cross in unsafe locations.  With motorists not yielding, the solution requires more than rectangular rapid flashing beacons.

Efforts to educate drivers and pedestrians must occur as well.  Motorists who fail to yield must be issued traffic citations. The combination of better facilities, educating motorists and pedestrians, and enforcing the laws especially in high danger locations, is the way to make real progress.