Why are Biking and Walking to Work Unpopular in Florida?

In Amsterdam, nearly 30% of residents routinely bike to work. Another 40% sometimes ride. In Germany and Denmark, 20% of persons ride bikes to work. What about the United States? 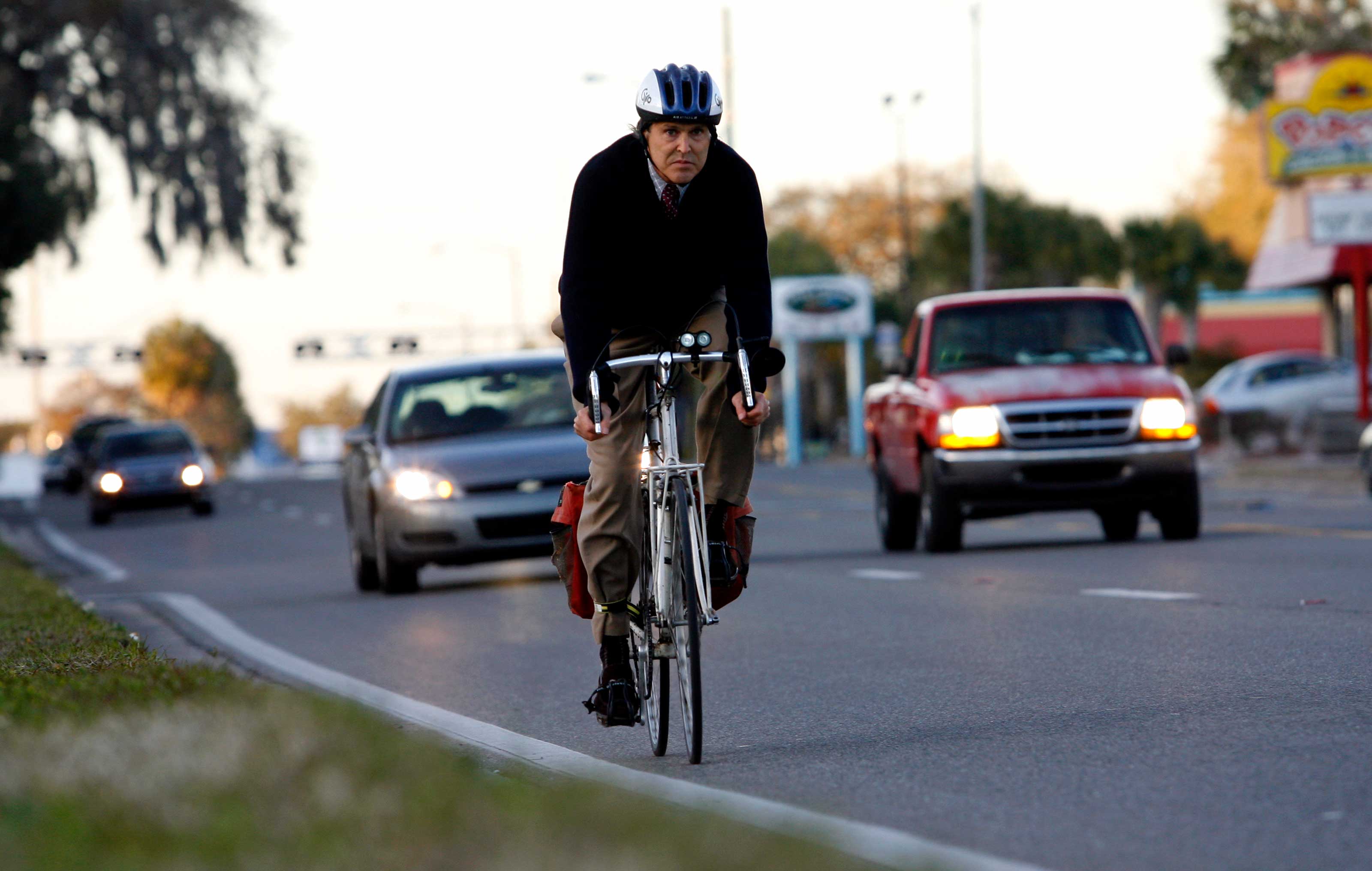 National Geographic conducted a study about how people behave, and whether their choices have a positive impact on our world’s environmental sustainability. They evaluated 17 nations. They found the U.S. has the lowest levels of bike commuting of all the countries evaluated. (We also had the lowest levels of walking to work). Only 1.3% of people bike to work. How does the largest group of Americans travel to work?  By driving alone.

Why? Floridians are afraid to ride or walk to work.

In their minds, the only plausible choice is getting behind the wheel of their 5,000 pound vehicle – for protection.  The U.S. is both UNSAFE and relatively INACCESSIBLE or unwelcoming for both pedestrians and cyclists.  When it comes to Florida residents, there is ample data to explain why people are afraid to ride a bike or walk – they could be killed or injured.

Because bicycling and walking is perceived as dangerous, people avoid it.  But our low levels of bike and pedestrian commuting cause our communities and even ourselves to be the “losers”.  If more Floridians were able to commute by bike or walking, they would seem noticeable improvement in their physical health, in their communities environment, and even their own overall happiness.

In Florida, only about 6% of our residents meet the recommended levels of physical activity for good health.  About 2.2% of Florida residents bike to work.  Yet, riding a bike and walking are simply great fun! The Urban Planning School at Portland State University conducted a study on commuting in the United States. The study concluded that people who bike and walk to work are happiest, as compared to those who drive a vehicle or ride mass transit. According to the study, what are the factors that can diminish happiness for cyclists and pedestrians?  Safety concerns and traffic congestion topped the list.

How do we know that Safety is the key?

There are two reasons for better safety:

Christopher Burns, Esq. is an attorney who has handled hundreds of bicycling and pedestrian accident-related legal claims over almost thirty years.  He is an engaged and active advocate for the safe, accessible conditions for bicyclists and pedestrians throughout Florida, and currently serves as the Chairman of the Jacksonville (Fla.) Bicycle Pedestrian Advisory Committee.  He is also a board member and treasurer of the Florida Bicycle Association.  Please contact him for a free consultation about your bicycle or pedestrian related accident.