Many government and law enforcement officials (and most motorists) in Florida believe you have to be crazy to ride a bike on the road - you must have a death wish - because it's inherently dangerous. This doesn’t have to be. Florida can change its horrendous bicycle safety ranking. Our extremely dangerous cities – Tampa, Miami, Orlando, Jacksonville, etc. can become safer. 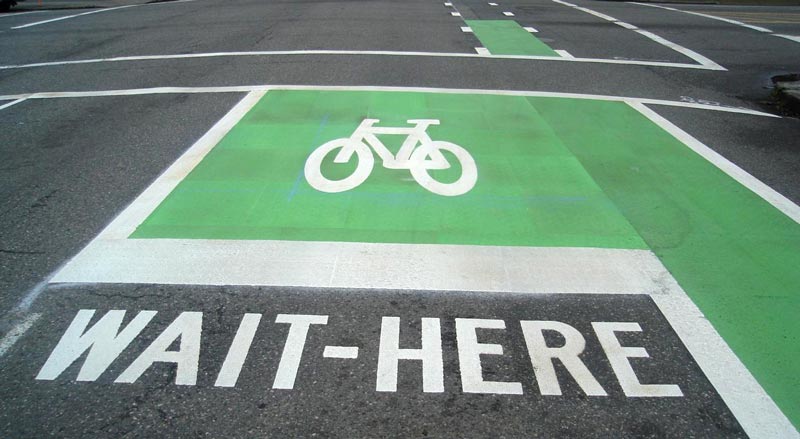 Portland is a poster child for bike lanes, bike boulevards, bike boxes, and special traffic signals. It has tons of separate facilities, along with enforcement, education, and respect/equality. I believe it  is an example of how separate facilities are an important component of safety. When safety improves, so does participation by local residents in healthy non-motorized transportation. In Portland, 6% of commuters bike to work, 10 times the national average. In 1990, the % of Portland bike commuters was only 1.2%.

Because Portland so strongly believes in bike lanes, boxes, etc., Portland’s plan is more and more designated and separate bike facilities. By 2016, it will have 630 miles of bike facilities.  By 2030, it has planned 962 miles of separated bike facilities. This is due to the Portland Bicycle Plan for 2013, which calls for $613 million spending on bicycle infrastructure. Portland has also lowered the speed limits from 25 mph to 20 mph on designated greenway streets. Slower speeds are more safe for non-motorized traffic.

Portland's model can be duplicated in Florida cities and should be able to dramatically reduce bicycle fatalities. It’s what our citizens want. It's what our citizens need. Florida needs more bicycle lanes, bike boulevards, bike boxes, and bicycle friendly facilities. With the number of deaths each year we have to make bicycle safety a priority.

If you would like to discuss your bicycle crash to learn about your legal rights, please contact me.  Consultations are always free.