When Cars and Bikes Crash, It’s Typically the Motorists’ Fault

Motorists blame cyclists for the way “all of you bikers” ride recklessly. Attorney Chris Burns highlights why motorists are actually the one's in the wrong. 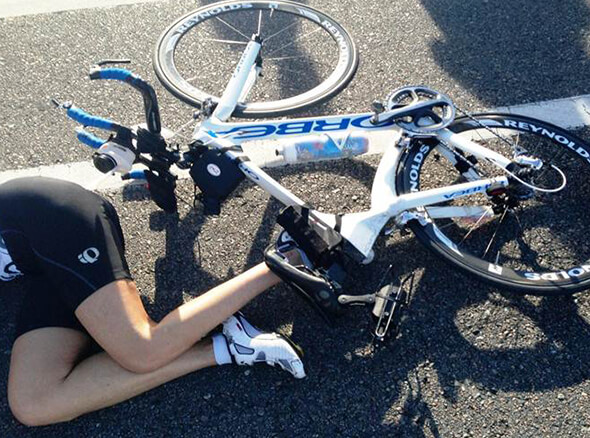 As cyclists, we hear motorists blame us for the way “all of you bikers” ride recklessly and flagrantly on the roads. Motorists often don’t respect cyclists because they claim cyclists “always break the law”, slow down other traffic, don’t pay for roads, are eccentrics, and even “have a death wish.” In my law practice, I find that motorists overwhelmingly blame bicyclists for being the cause of accidents between them.

The most recent research dispels the notion that reckless or disobedient cyclists cause most crashes. The Florida Department of Transportation published a final report called “Naturalistic Bicycling Behavior Pilot Study” in November 2017. The report concluded that motorists and cyclists adhere to traffic laws at basically the same rate.

However, bicyclists suffered an inordinate percentage of injuries and fatalities compared to other users of roads. The study concluded that it was cyclists who were age 18 to 25 that took significantly more risk than others.

The Minnesota Department of Public Safety published a report in 2015 on contributing factors in bike-car crashes. It found that motorists were much more likely to fail to yield the right-of-way. They were also four times more likely to drive inattentively or while distracted. Of 985 accidents between cyclists and motorists, 56% were the fault of the motorist.

The University of Adelaide in Australia conducted a study in 2013 about behavior of cyclists and drivers in crashes. It concluded that 4 out of every 5 crashes were caused by motorists. In 85% of the crashes, the bicyclist was traveling straight, without any intention to turn, when a vehicle collided with the bicyclist. The findings of the Australia study were consistent with an earlier study in Hawaii.

What makes these studies particularly interesting is my experience with some law enforcement who don’t understand the laws applicable to cyclists. I have handled cases of accidents between motorists and cyclists, where law enforcement misapplied the law. Thus, the conclusion was reached that a cyclist caused a crash, when the crash was truly caused by the motorist.

As a vigorous and committed activist for cyclists, I wholeheartedly support the enforcement of laws going in both directions. Cyclists should be cited for violating traffic laws, as should motorists. These above studies must be understood by law enforcement. Police officers must understand the rights cyclists have. For example, cyclists in Florida are allowed to ride in the middle of a road lane under a variety of circumstances. Cyclists are legal to ride on a sidewalk in both directions. Cyclists in Florida are never resigned to the shoulder. I have seen cyclists erroneously cited as disobeying the law in those situations. (Personally, I was once cited for failing to have my driver's license with me while cycling.  Of course, there is no such law.  I contested the ticket and won.)  Just because there is a crash does not mean the cyclist is most likely at fault.

If you have a question about who was at fault for a crash involving a cyclist, please don’t hesitate to contact me.