The City of Jacksonville Must Improve Deplorable Bicycling and Pedestrian Conditions

Jacksonville, Florida (my home town) is one of the most dangerous cities in the U.S. for walking and bicycling, and must make drastic improvements. 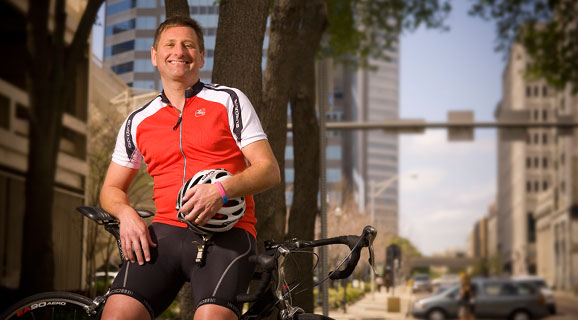 Jacksonville was deemed the 3rd most dangerous city in the United States for bicyclists and pedestrians by a 2011 study called "Dangerous By Design", which indicted Jacksonville’s faulty road and infrastructure design, lack of adequate spending and enforcement of laws, lack of adequate policies and government staffing, and lack of programs supporting safety. This disproportionately endangers our minorities. Hispanics and African Americans drive less and walk more.  20 percent of African American and 14 percent of Hispanic households live without a car. Hispanics walk 45% more and African Americans 26% more trips than whites.

The Alliance for Biking and Walking, with funding from the U.S. Center for Disease Control, produced studies in 2010 and 2012, which showed Jacksonville was perilous:

The Wall Street Journal referenced a 2011 study by “Walk Score”, which evaluated the walkability of the 50 largest cities in the United States. What was the WORST city? Jacksonville, Florida took the embarrassing honor.

A walking and bicycling friendly city benefits everyone.  Homes in walkable and rideable  neighborhoods are more valuable.  Walking and biking have awesome potential to improve public health. 40% of all trips in the U.S. are shorter than 2 miles - one can easily walk 1 mile or bicycle 2 miles. The cost of these trips is substantially less than using vehicles.  The cost of facilities for walking and bicycling is far less than for vehicles.  Data from 1960 to 2009 shows bicycling and walking levels have decreased, while obesity levels have increased.  61% of Jacksonville residents are overweight and 25% are obese.  As bicycling and walking increase, rates of diabetes and obesity decrease.  It is recommended that we exercise at least 30 minutes each day.  Cities with higher levels of bicycling and walking have more residents who meet the 30 minute exercise standard.

Walking and bicycling friendly communities benefit our economy.  According to a 2010 study, pedestrian and bicycle infrastructure spending creates 11-14 jobs per $1 million of spending, while vehicle infrastructure spending creates only 7.  Safe places to walk and bike attract tourists.  Another study recently found that 65% of business owners said new bike lanes in their area improved sales.

Improvement will take commitment from our Mayor, City Council, transportation planners and law enforcement.  The City Council adopted a “Mobility Plan” calling for massive improvements to walking and bicycling facilities, but most improvements have been flatly ignored.  Other cities have several government employees responsible for bicycle pedestrian issues, including a full-time employee called the "Bicycle Pedestrian Coordinator. Jacksonville has no full-time bicycle pedestrian coordinator. Plans for new roads and resurfacing projects are not reviewed by a biking/walking expert for adequacy.  Compare the number of employees other cities have devoted to bike pedestrian safety and participation:

There is a lack of meaningful voice in government, other than Jacksonville city council members such as Lori Boyer and Don Redman.  Jacksonville’s current planning and public works departments are unwilling or unable to consider walkers and cyclists in their projects.