Cycling Injuries and Our Legal System

Cycling is filled with joy and on rare occasion, misery – when you are the victim of a bicycle crash. 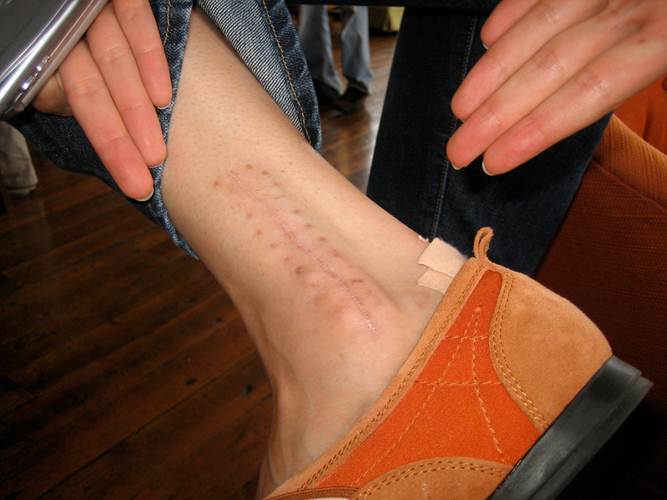 As a cycling attorney, I have seen many bicycle riders suffer catastrophic and severe injuries from the neglect, recklessness, and failure to follow traffic laws by motorists. These injuries not only can change how their bodies function, but also change the entire quality of their lives. The number of cycling injuries is staggering. Head injuries are one of the most common and one of the most concerning. According to the American Association of Neurological Surgeons, bicycle crashes were responsible for 86,000 head injuries treated in emergency rooms in 2009. Football was much less responsible for head injuries -  47,000.  Baseball accounted for 38,394.

What are most common injuries that cyclists suffer which required them to go to the hospital? According to a five year study in New York, orthopedic injuries were the most common (almost 60%), with leg/ankle/foot fractures being the majority.  Neurologic injuries (mostly head injuries) totaled almost 36% of injuries. A study in Australia reached a different result. There, the most frequently sustained bicycling injuries were head injuries (25%), open wounds (22%), upper limb fractures (21%), bruises and abrasions (14%) and lower limb fractures (10%).

But what about the other bicycle injuries – ones that don’t require a trip to the hospital? Most involve abrasions (“road rash”), contusions and lacerations. Road rash can often cause a condition called, “traumatic tattooing”, which is permanent scarring that appears as raised abnormal skin, or discolored skin.  Accidental or traumatic tattoos are caused by the forceful penetration of the skin with particles of foreign matter. The skin heals over and around the foreign object.  Now the cyclist may actually carry around pencil lead, dirt, sand, grease, paint, grass, metal, wood, and asphalt within his or her skin.

Car, motorcycle, and bicycle accident victims commonly have these kind of tattoos.

It is interesting that at least one study published in American Family Physician concluded that off-road riding (mountain biking) seemed to result in less injuries that road cycling. This may surprise many bicycling readers, as some mountain biking has a very high degree of difficulty with the course. But this study found that off-road cyclists have a 40 percent lower incidence of head, facial and dental injuries than on-road bicyclists, primarily the result of being separated from vehicular traffic and more frequent helmet use.

The Law and Bicycle Injuries

By law, cyclists are entitled to recover compensation when they suffer permanent scarring.  Such scarring can be physically painful, itchy, or susceptible to sunburn.  Having your physical appearance be “different” than normal can profoundly impact the victim.  Victims of disfigurement, including cyclists, can suffer from self-consciousness, anxiety. depression, and lack of self-esteem.  This can be true whether others comment on their scarring or not.

Our legal system protects cyclists who have been injured through the fault of a motorist, the manufacturer of a dangerous bike component, or the someone responsible to properly maintain streets and roads for cycling use. The Civil Justice System protects cyclists through awarding them money to compensate them for their injuries. This is true whether the money can be used to heal or cure the injury, reduce the pain of the injury, or compensate the bicycle rider for the disfunction and pain that cannot be taken away by modern medicine.

In Florida, there are a set of “Jury Instructions” that advise the jury what damages to award a bicyclist victim. The instructions ask the jury to consider past medical expenses, future medical expenses, past lost wages and future loss of earning capacity, past pain and suffering, and future pain and suffering.  The jury is to consider the cyclist’s loss of enjoyment of life, disfigurement (scarring), mental anguish, and even the cyclist’s spouse’s losses as a result of the injury.  It is within this Civil Justice System that I have dedicated my professional career for the protection of cyclists’ rights.

If you have been in a bicycle accident and desire legal advice please feel free to contact me for a free consultation.