Did you know distracted driving injures and kills a large number of cyclists? That numbers are increasing? 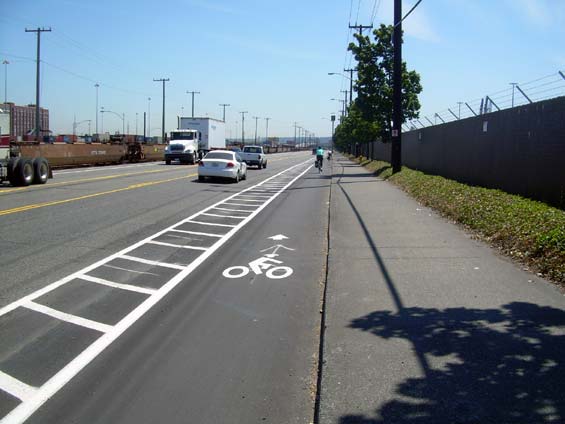 In 2013, Public Health Reports published an study analyzing pedestrian and bicycle fatalities. While motor vehicle fatality rates have decreased in the U.S. in the past five years, rates of pedestrian and bicycle fatalities have risen. And the incidence of bicyclists being killed by distracted driving accidents has gone through the roof – it has increased 30% in only 5 years.  Another interesting fact – most cyclists were killed during day light hours, while the majority of pedestrians were killed at night.

We have heard a lot about how distracted driving causes car crashes. 10% of fatal crashes, 18% of all injury crashes, and 16% of all motor vehicle crashes in 2012 were reported as distraction-affected crashes.

What is distracted driving?

Maybe the most common form of distracted driving is when drivers read or send text messages, or talk on the cell phone.  It has been stated that over 18% of distracted driving accidents involve cell phone usage.  One recent study found that more than 100 billion text messages are sent every month!  But distracted driving is more than cell phone use.  It includes distraction caused by GPS usage, computer usage, or even video billboards outside the vehicle. It also includes drivers who are combing hair, putting on make-up,  eating, reacting to falling items, messing with the CD player, or trying to manage their dog or cat.

It seems quite obvious that the number of cyclists (and all victims) injured or killed by distracted drivers is under-reported. It is really difficult to obtain accurate information on the causes of crashes. Moreover, most people who cause accidents do not admit to being distracted.  In the overwhelming majority of accidents, the cell phone records of the at-fault driver are not reviewed. Such records are typically only disclosed if a driver is charged with a felony. As above-stated, cell phone usage is only one type of distracted driving. It is virtually impossible to determine whether a driver was distracted by other types of activities or objects – unless the driver admits such.  For this reason, the exact number of accidents caused by distracted driving is virtually unknown.  We simply know it’s bad and getting worse.

Florida has suffered at least one high profile bicycle death caused by distracted driving.  On March 30, 2011, Robert Paul King was riding his bicycle as part of “Bike Florida” in Newberry, Florida.  He was participating in this annual Spring bicycle tour.  The tour was fully supported with involvement of local law enforcement agencies.  Mr. King was riding very safely. He was riding on a paved shoulder, completely out of the lane of travel for motorists.  But he was hit from behind by Brian Bunting, a 23 year-old, who was driving his 1999 Ford-150 pick-up truck.  Bunting admitted to police that he was trying to reach his cell phone, which he had dropped on the floor of his cab. When he reached down, he veered out of his travel lane and collided with Mr. King on the shoulder. Mr. King died.

Florida has a very weak, very limited distracted driving law. It is called the “Florida Ban on Texting While Driving Law”.  Police officers may only issue citations as a “secondary offense” for drivers who are texting.  There is no ban for talking on a phone.  The law says that “only in the event of a crash resulting in death or personal injury, a user’s billing records for a wireless communications device or the testimony of or written statements from appropriate authorities receiving such messages may be admissible evidence in any proceeding to determine whether a violation…has been committed.  What does it mean to be a “secondary offense”?  The citing of a violator of this texting ban can only take place when the motorist has been stopped for suspected violation of another traffic law.

I am often asked about the Florida criminal laws that apply to motorists who cause crashes.  Florida law includes the following:

(1) Any person operating a vehicle upon the streets or highways within the state shall drive the same in a careful and prudent manner, having regard for the width, grade, curves, corners, traffic, and all other attendant circumstances, so as not to endanger the life, limb, or property of any person. Failure to drive in such manner shall constitute careless driving and a violation of this section.
(2) Any person who violates this section shall be cited for a moving violation, punishable as provided in chapter 318.

“Aggressive careless driving” means committing two or more of the following acts simultaneously or in succession:

(1)(a) Any person who drives any vehicle in willful or wanton disregard for the safety of persons or property is guilty of reckless driving.

The new law mandates a minimum sentence for hit-and-run involving injury or death – now the penalties exceed those for DUI.  The law also created the term, “vulnerable road user”, which mandates a more severe minimum sentence for motorists who leave the scene of a crash involving a vulnerable road user, which is defined to include pedestrians, cyclists, motorcyclists, highway workers, first responders, police officers, and construction workers.

First, we must build roads with separated or “buffered” bike lanes. This keeps bike riders farther away from motorists, in case they become distracted and weave. Public Health Reports concluded that “mixing motorized vehicles with pedestrian and bicycle traffic can be lethal…”

Second, bicyclists are well-advised to pay close attention to their visibility, and should utilize high-visibility clothing and lights, where applicable.

Third, we must enforce our above traffic laws and hold motorists accountable for their wrongdoing.  Too often, prosecutors and local law enforcement fail to bring at-fault motorists to justice.

If you believe you may have been injured on your bicycle by a distracted driver, please contact me, free of charge, to discuss your legal rights.