Florida Cities Ranked Most Dangerous for Bicyclists and Pedestrians

Florida's big cities, specifically Orlando, Tampa, Jacksonville and Miami, were deemed the most dangerous cities in the US for bicyclists and pedestrians. 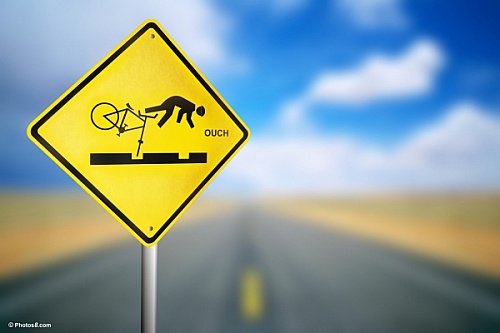 Dangerous by Design's study based the results off faulty designs of roads and infrastructure, lack of adequate spending and enforcement of laws, lack of adequate policies and government staffing, and last but not least, lack of programs supporting improved safety.

But what happens if Floridians choose to ride a bike,  jog or walk outside on our public streets?

Here are the ten most dangerous pedestrian cities in the United States, according to the Dangerous By Design study:

We Floridians should be outraged.  Florida has the TOP 4 MOST DANGEROUS CITES. Pedestrians risk becoming one more of the 47,000 pedestrians and cyclists who have died in the U.S. in the past decade.

What do these most dangerous bicycling cities have in common?

According to the study, all 10 of the most dangerous cities are in the South or West, and have seen rapid growth in recent decades, which has emphasized the construction of high-speed urban roads that are particularly hazardous for walking.

What does the study recommend to solve this disastrous problem?

In part, it urges citizens to hold states accountable for creating communities that are safe for walking. New streets must be built to be safe for pedestrians, bicyclists, public transportation users, and motorists alike. The most dangerous roads must be retrofitted for safety.

The Dangerous By Designs study is not the only report which finds Florida’s cities to be so dangerous and lacking in bicycling and pedestrian safety. The Alliance For Biking and Walking is a coalition of bicycling and walking advocacy groups in the U.S. Through funding from the Center for Disease Control and Prevention, the Alliance has carefully researched and produced a Bicycling and Walking 2010 Benchmarking Report. The report collected data from the 51 largest cities in the U.S. pertaining to bicycling and pedestrian issues.  The Alliance then followed up this report with one 2 years later – the Bicycling and Walking 2012 Benchmarking Report. The purpose of these reports is to determine whether states and cities are IMPROVING levels of biking and walking, safety, and government support through funding and adoption of favorable policies and laws.

Since the study was restricted to the 51 largest cities in the U.S., only Miami and Jacksonville were included. Separately, Florida was compared overall to the other 49 states. What were the results?

Surely, when faced with these atrocious statistics, Florida must have made improvements in these statistics between 2010 and 2012?   The answer is clearly and loudly, “NO”.  The Alliance 2012 Benchmark Report concluded:

The Wall Street Journal also evaluated the walkability of the 50 largest cities in the United States. It found New York City to be a “walker’s dream” and was given a score of 85.3 out of 100.  San Francisco, Boston, Chicago, Philadelphia, Seattle, Washington, D.C., Minneapolis, Oakland, and even Miami were the Top Ten Most Walkable Cities in the U.S. The lowest score of these Top Ten Cities was 68.2 out of 100.

What was the WORST city in the U.S. for walkability?  Jacksonville, Florida took the bottom spot with a score of only 32.6. The Wall Street Journal article went on to say that, “Homes in walkable neighborhoods are typically worth more than those in areas that are less walkable, according to a 2009 report from CEOs for Cities, a national network of urban leaders working to develop successful cities.”

If you have been one of the victims of a bicycling or pedestrian accident in Florida, please contact Jacksonville Bicycle Lawyer Chris Burns for a free consultation about your legal rights.