Florida Drunk Drivers Are a Major Cause of Cycling Fatalities

Sadly, one person dies every 50 minutes caused by a drunk driver in the US. And drunk driving is still a leading cause for people dying while riding bicycles. 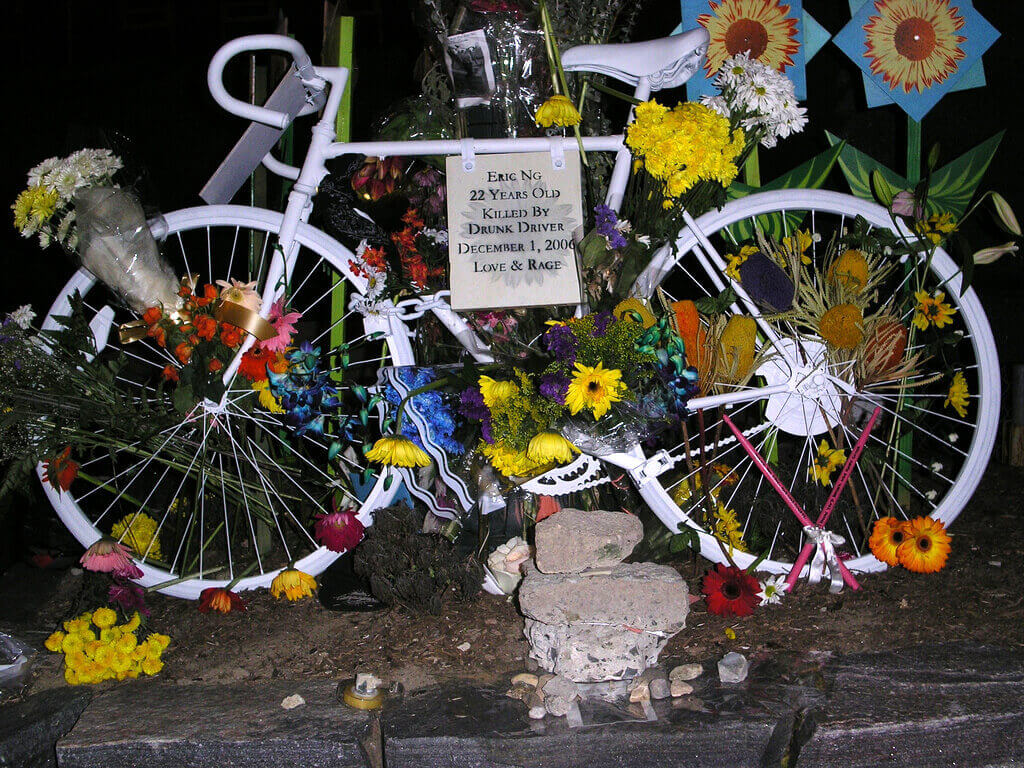 Sadly, one person dies every 50 minutes caused by a drunk driver in the US. And drunk driving is still a leading cause for people dying while riding bicycles.

Consumption of alcohol at or greater than .08 blood alcohol concentration in G/DL (the legal limit) results in reduced muscle coordination, reduced reaction time, impaired balance, impaired eye focus, loss of judgment, and difficulty detecting danger.  The end result is too often death or severe injury. It is typical that impaired motorists may not notice a cyclist in the vicinity, or the motorist may be speeding. It is common for impaired motorists to claim they “never saw” the cyclist.

In 2015, 12% of all cycling deaths involved an intoxicated motorist (see PDF report).  It is worth noting that 29% of all traffic fatalities involved a drunk driver.  hen it comes to accidents involving a cyclist and a vehicle, motorists are much more likely to be intoxicated than cyclists.

Hit-and-run is an epidemic in the U.S. as many drunk drivers attempt to leave the scene of their crash to avoid arrest and charges for DUI. It is estimated that there were 737,100 accidents where an offending party left the scene (view PDF report). There is no accurate way to analyze how many of those hit-and-run drivers were intoxicated. We do know that hit-and-run drivers are a horrendous danger for pedestrians.

The Foundation for Traffic Safety has concluded that the majority of people killed by hit-and-run drivers are pedestrians. Off all pedestrians killed, they indicate that about 20% involved a driver leaving the scene. For this reason and others, Florida strengthened its hit-and-run law in 2014. As the Florida Department of Motor Vehicles explains, “The penalties for hit and run drivers changed on July 1, 2014 when the Aaron Cohen Life Protection Act (section 316.027, Florida Statutes) was signed into Florida law. The statute is named after Aaron Cohen, a 31-year-old avid cyclist and father of two that was fatally struck by an alcohol impaired driver that fled the crash scene in February 2012 in central Florida. The hit and run driver was sentenced to just two years in prison, a lesser sentence than what the motorist would have served had he been sentenced on a DUI manslaughter charge. The Aaron Cohen Life Protection Act imposes a mandatory minimum of 4 years for a driver convicted of leaving the scene of a crash resulting in a fatality.”

Should you be the victim of a drunk driver, you have rights to recover money from that driver or his car insurer for your injuries and damages. To pursue the driver for his insurance coverage, you will want to retain a private attorney to bring a civil claim.  Depending on the state, you may also be able to be awarded “restitution” in the criminal proceeding against the driver.  Restitution would be handled by the prosecutor, or state attorney, or district attorney.  Restitution often goes without being paid and is a small issue of many in the criminal matter.  One can see how a drunk driver placed in jail would be unable to work and may not be able to pay restitution.

Florida law allows you to proceed against the drunk driver and their car insurance in civil court at the same time that their criminal case is pending.  If you are hit by a drunk driver, you should contact a private attorney to represent you as soon as possible.