In complying with Florida law, what is a motorist to do? Must the motorist wait to pass until the lane widens or the double yellow lines are no longer present? 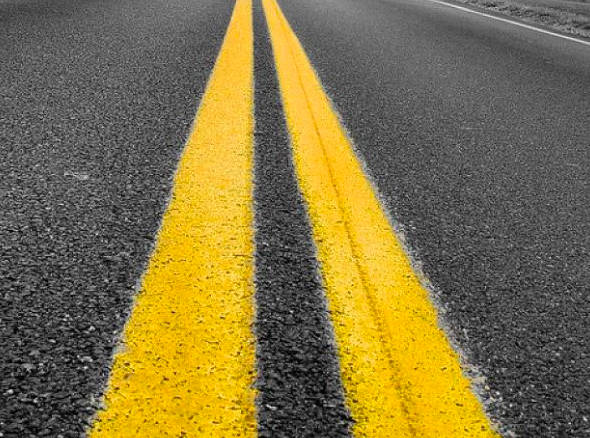 About 45 years ago, Wisconsin became the first state to pass a “three feet passing law” for the safety of cyclists. Eventually many other states followed. Now, 36 states have enacted some version of a law mandating a safety cushion for motorists passing cyclists.

In 2006, Florida passed its own three feet law. The law requires motorists to pass cyclists by giving them at least three feet between the vehicle and the bicycle and rider.

How can the motorist pass legally when the travel lane is the standard 12 feet width or less?  Is there room for a motorist to stay in the same lane as the cyclist, and yet pass with 3 feet?  The answer is "no".  The motorist will be closer than the mandatory 3 feet to the cyclist.   One option for passing is for the motorist to pass by changing lanes.

Does Florida law allow the motorist to pass as shown above? Florida Statute 316.0875 says that motorists may cross the double yellow line when “an obstruction exists making it necessary”.  The problem for both motorists and cyclists is that this statute does not define the term, “obstruction”.

Is a cyclist classified as an obstruction? How about a stopped trash truck? How about garbage cans? How about runners? Is the speed important? Is a stopped trash truck an 'obstruction' because it is not moving? Most people would agree that it is.  What about a cyclist traveling 15 mph?   Or 5 mph? Is that slow enough?  Unfortunately, the definition of "obstruction" is left to the police officer in deciding whether to write a traffic citation and for the traffic court judge to determine if a violation occurred.

To make it crystal clear that motorists may pass cyclists by crossing a double yellow line, Florida should pass a law similar to a Kentucky law which went into effect on July 14, 2018. Kentucky’s law states: