Congratulations to Georgia - Your State Cares about Bicycle Safety

​The bicycle safety law known as the “3 feet law” is sweeping the United States. In May, 2011, Georgia became the 19th state to adopt the law, when Governor Nathan Deal signed House Bill 101. 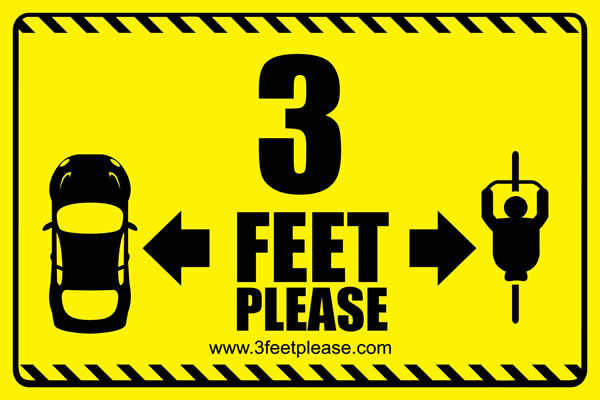 The law designates that motorists must pass bicycles with a gap of at least three (3) feet on the roadway. The law is meant to stop “buzzing”, where a motorist overtakes a cyclist by driving too close. Buzzing can either be unintentional, caused by a driver’s carelessness, or intentional, where the driver attempts to scare the cyclist. Both types of buzzes can have catastrophic consequences to the cyclist – including death or serious injury. The law is also meant to teach motorists about bicycling. By law, motorists must “share the road” with cyclists. Motorists must consider bicyclists to be another type of vehicle to whom they must give full consideration. Too often, motorists consider bicycles to be an “obstruction” that is just impeding their driving at maximum speed.

For the states who have yet to adopt the safe bicycle passing law, the time has come. Pass the 3 feet law now.

For those states who have passed it, the purpose of the law is meaningless unless enforcement issues citations and properly upholds it. Unfortunately, I have firsthand knowledge of police officers not enforcing the law. I have represented several cyclists who have been hit by a passing motorist. None of the at-fault drivers were issued traffic citations. In each instance, the police officer admitted he was not familiar with the 3 feet law.