Many cyclists have now found an effective way to ensure they can prove how the motorist acted negligently and unsafely to cause their crash – proving the circumstances of the crash doesn’t depend upon eyewitnesses who may not exist or an insurance company or jury believing their story. 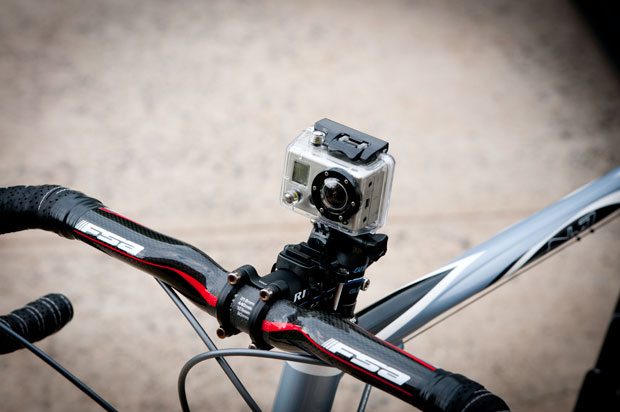 The cyclists are using mini video cameras like the GoPro to videotape the mishap.

For decades, cyclists have felt like they have been treated as “second class citizens” on the road.  We feel others (motorists/law enforcement) believe we have lesser rights to the roads, or we have NO right to the roads.  Motorists don’t hesitate to blame us for everything – many motorists believe cyclists we deserve what they get, when hit on the road.  Law enforcement often does a lazy or shabby job of investigating, which causes us to be unable to prove the truth about our accident.  Consider the quote of crack-smoking Toronto Mayor Rob Ford, describing bicyclists in his city:

“What I compare bike lanes to is swimming with the sharks. Sooner or later, you’re going to get bitten. And every year we have dozens of people that get hit by cars or trucks. Well, no wonder. Roads are built for buses, cars and trucks. Not for people on bikes. And my heart bleeds for them when I hear someone gets killed, but it’s their own fault at the end of the day.”

As a cycling attorney for more than 25 years, it sometimes seems as though close to 100% of motorists blame the bicyclist for a resulting collision, no matter what actually happens.  This is what’s said by motorist so often:

Just because you ride in a bike lane or on the road does NOT mean you are at fault.  Videos are now becoming the optimal piece of evidence in proving how a bicycle/motorist crash really took place.  These are not only valuable in “garden variety” bicycle crashes, but also ones where the motorist leaves the scene.  This video can assist law enforcement in identifying the perpetrator, noting his/her license plate, and bringing the driver to justice.  For this reason, cyclists are wearing cameras on their helmet or their handlebars.  While the “GoPro” cameras were originally meant to memorialize interesting scenery or amazing rides, now they document “road rage” and “reckless behavior” as well.

I cannot stress too strongly how beneficial videotape of the crash is helpful is proving what really happened in a bicycle crash.

It is also my feeling that the use of video cameras will decrease instances of “road rage”.  If motorists realize they are on “candid camera”, they will be far less likely to harm a cyclist intentionally.

If you or another cyclist have been injured by a bicycle crash with a motorist, bus, dog, poorly maintained road, or defective bicycle component, please contact me for a free consultation to learn your legal rights.