The statistics on hit and run accidents are prodigious. The conduct of drivers who leave the scene is absurd and preposterous. A motorist causing a crash and injuring another person is regrettable. 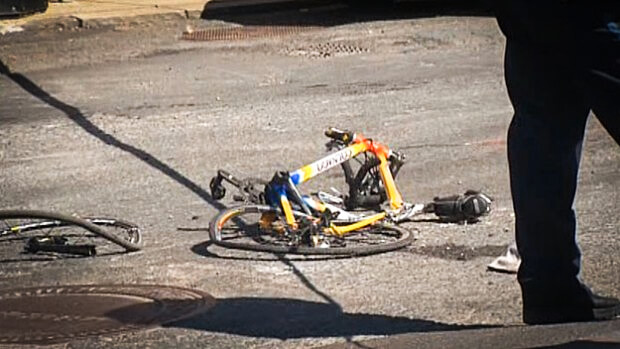 Choosing to leave the scene, commonly called, "hit and run", without rendering aid to the injured party is senseless, depraved and immoral.

Why are the numbers of Hit and Run Accidents so high?

Motorists who leave the scene of a crash have chosen to prioritize only themselves and what consequences may happen to them.  They have chosen not to render aid to the victim which could save the victim's life or diminish the impact of their injuries. Leaving the scene is especially common if the motorist is driving without a valid license or intoxicated or without insurance. However, leaving the scene of an accident can have several negative consequences to the offending driver.  The motorist may lose their driver license of even go to jail. Leaving the scene is a criminal felony. By failing to render aid, the victim could die! The driver OWES A LEGAL DUTY to stay at the scene and render aid. The driver must call for help.

It becomes obvious how commonplace Florida bicyclists are victimized by hit and run drivers if one simply reads the news. 2016 has gotten off to a miserable continuation of 2015 when it comes to catastrophic cycling victims of hit and run accidents caused by motorists.

Florida's Stance on Hit and Runs

The Florida legislature has acknowledged the egregious problem of hit and run drivers causing bicycling and pedestrian injuries or deaths. In 2014, the Florida Senate and House passed the “Aaron Cohen Life Protection Act”. Governor Scott signed the bill into law on June 24, 2014.

Aaron Cohen was a triathlete, riding his bicycle, when he was hit and killed by a driver who left the scene. The enforcement of this law should act as a deterrent to motorists opting to leave the scene of accidents involving “vulnerable users” of our roads, such as cyclists, pedestrians, road construction workers, and disabled. The law requires the driver of a vehicle involved in a crash causing serious bodily injury to immediately stop the vehicle and remain at the scene of the crash. The law provides that a person who leaves the scene of such a crash commits a second degree felony, and the Court shall impose against this perpetrator a mandatory minimum term of imprisonment of 3 years if the victim sustained bodily injury, 7 years if the victim suffered serious bodily injury, and 10 years if the victim died.

If you have been struck by a motorist while riding your bicycle, and the driver fled the scene, you have legal rights to recover compensation for your injuries and damages. The perpetrator should be arrested and brought to justice. They should confront felony criminal charges along with your civil claim for money damages. If they haven't been identified, you can still secure compensation under your own insurance policy. If you own a vehicle with auto insurance, and you purchased "uninsured motorist" coverage, you can use this to be compensated.  The "phantom vehicle" is most often declared to be an uninsured vehicle for purposes of your auto insurance policy. You will benefit from retaining an experienced cyclist attorney to prosecute your claim. Please give me a call if you or someone you know experiences a bicycle crash from a hit-and-run driver.