Is Your Bicycle Helmet Safe?

You might be surprised at the results. Florida bicycle accident attorney Chris Burns dives into the safety of bicycle helmets and what you should do. 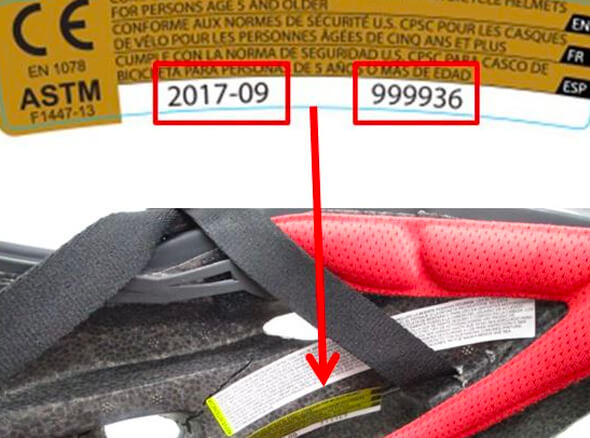 While Florida cyclists over the age of 16 are not mandated to wear a helmet, most of us choose to wear one. The reason – SAFETY.  Statistically, the overwhelming majority of cyclists who die in crashes were not wearing a helmet.

It is well understood that helmets are an effective measure to prevent or reduce the severity of head injuries, which are the most common cause of fatality.  On the other hand, there are some who believe that helmets may not drastically improve overall bicycling safety. Why? Some research suggests that motorists choose to drive closer to cyclists who are wearing helmets – motorists may be more careful when in the vicinity of helmetless cyclists. Opponents of bicycle helmets argue that helmeted riders are in more danger of suffering a collision.

Not all helmets are as effective at preventing or reducing head injuries. Bicycle helmets can be negligently designed or manufactured, can have chin straps that detach, or have missing warnings or information. The performance of the helmet is drastically diminished if it doesn’t fit properly. Please be aware that there are several bike helmets which have been found to deficient and should be not worn.

On March 15, 2018, The United States Consumer Product Safety Commission (CPSC) recalled Louis Garneau road bike helmets (seen in the photo on this page) which were manufactured in 2015 and 2016.

The CPSC concluded that,

This was not the first recall for Louis Garneau. In October 2014, it recalled P-09 aero time trial helmets due to a defective shell. Pro-tec recalled multisport helmets in September 2017 because of buckle failures. There were nearly 5,000 helmets affected. In 2005, Target recalled about 500,000 “Back Trails” helmets for failure to meet government standards. This remains the largest bicycle helmet recall in history.

Upon request by Congress, the CPSC created a federal standard for bicycle helmets in 1998. The standard covers all helmets produced for the US since 1999.  The CPSC standard is the most-used standard in the U.S. and rest of the world.

Most bicycle helmets are designed to protect against a single severe impact.The foam material in the helmet called “EPS” (Expanded Polystyrene) is designed to deform, compact or crush to absorb the impact energy. Regardless of whether you can see obvious damage after a crash, it is wise to replace your helmet after it has suffered an impact. Some of the helmet manufacturers recommend that helmets be replaced without impact. Both Giro and Bell recommend replacing your helmet every three years. The Snell Memorial Foundation independently tests and certifies bicycle helmets. Snell recommends helmets be replaced every five years.

If you or a loved one has suffered a head injury in a bicycle crash, please call me to learn about a victim’s legal rights.