As a long time cyclist and attorney representing victims of cycling crashes, my mind and heart are always with the injured cyclist. But frequently I am asked by cycling clubs how they can sponsor and operate rides without risking bankruptcy caused by an injured cyclist suing them. 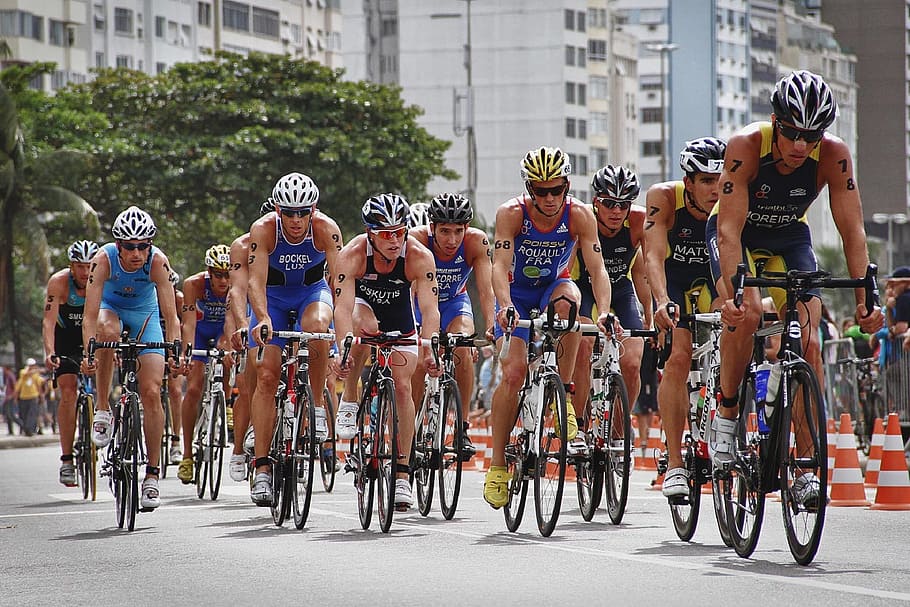 As an informed and dutiful member of your local cycling club, you should have a basic understanding of your club’s potential legal liabilities and how the club can best manage these risks.  The term, “liability”, is when the club becomes legally and financially responsible to another party.  “Risk management” is identifying, monitoring and then minimizing the chances that some event causing liability to the club will occur.

The club will wish to protect itself and its officers from owing money to another person or party.  Your club may want to have a member assigned and responsible to oversee the club’s risk management on behalf of the club, just as the club has officers, members responsible for membership, and ride leaders.

​Cycling clubs are engaged in many situations when they have potential liability - including when riders are injured during club-sponsored training rides.  What if the club selects an unsafe route for the ride due to a dangerous road surface or too much traffic?   What if during a group ride, the club allows a cyclist to participate whose bicycle has no hand brakes (fixed gear)? What if some of the members ride without helmets?  What if members ride in the weekly evening group ride without required lights?  Clubs may face liability at meetings and other social events as well.  What if the location for the event has a slippery floor?  Do you serve alcohol?

The club or its officers may be liable for financial improprieties within the club.  The club may face potential liability to a cyclist who suffered injuries in the club’s special annual ride.  What caused the crash? Was the course safe?  When did the club inspect the course?  Did road construction or road defects occur after the inspection?  Is the course adequately supervised? Were medical personnel available?  Were the aid stops adequately supplied with drinks?

Maybe the most important component of an effective risk management program is the use of a legally valid release.  A release is a document, signed by members or participants, that terminates liability for the club, and potentially for other interested parties, such as sponsors, course marshals, property owners, etc.  In Florida, courts have considered the issue of whether a written release, signed by an injured cyclist, was valid to terminate liability.  If written and handled legally and properly by the club, this release can be held valid by the courts. One example is useful: In the Banfield case decided in 1991, a triathlete was severely injured when she was hit by a car that came on to the bike course during a triathlon.  The course was supposed to be secured from traffic.  The injured victim sued the race organizer, sponsors, course marshals, and city where the triathlon took place.  But the triathlete had signed a valid release.

Even though somebody failed to make the course safe, and the triathlete acted safely in the way she rode her bicycle, the court ruled against her.  There was no liability. Your club should have an attorney prepare its release. If you simply copy a form from the internet, your release may likely be invalid.  Every state has different laws about releases.

The particular language in the release is everything.  In Florida, the release must use the term, “negligence”, in order to be valid.  If the release just says the participant is releasing the club “from all liability”, this is not valid.  Once you have formulated an excellent release, you will need to decide how to use it. Your attorney should give you advice. You have options. You might wish to have each club member sign a release in conjunction with renewing his/her membership.  You might wish to create a “sign in” sheet for your weekly group rides which has a release at the top.  You will want to have each participant in your annual cycling events sign a release.  In order for the release to be beneficial to the club, the club must do the obvious - use it properly.

The club must save the signed releases.  Minors must have a release signed by a parent or legal guardian.  If the participant only speaks Spanish and not English, the release must be translated.  The participant must have mental capacity to understand the release language.  There are other related issues.

The club should purchase liability insurance. This is critically important. It may allow an injured cyclist to be compensated, but still not result in the club having to pay the victim. There are insurance companies that specialize is insurance for “silent sports” such as cycling. Liability insurance is not that expensive.  Depending on the size of your club, it may only be a few hundred dollars per year.  To say another word about written releases, most insurance agencies or insurers require the club to use a release in order to qualify for insurance.  Do you think insurance costs too much?  Consider and compare the cost of a lawyer - as much as $375 per hour or more!  The club will have to hire its own attorney to fight a liability lawsuit, if it doesn’t have liability insurance.  With insurance, the insurance company will not have coverage for the claim, but it will also provide an attorney to defend the club.

Is your club properly incorporated and the forms up-to-date?  If your club is not incorporated, then the club’s officers and directors are potentially personally liable for money claims.  No release, no insurance, no corporation - LOOK OUT!

Please give serious consideration to having a plan for these risks.  Post ride rules on your club’s website.  Emphasize each participant’s duty to comply.  Institute ride rules and notify all participants.  Create a record keeping system.  Make periodic checks of your policies and record keeping. Have insurance. Know about releases.