Pedestrians Don’t Always Have the Right of Way

While I normally write about cyclists, I wanted to clear up a confusing issue for people who run or walk in Florida. Many think that "Pedestrians always have the right of way". This is actually a common misunderstanding. 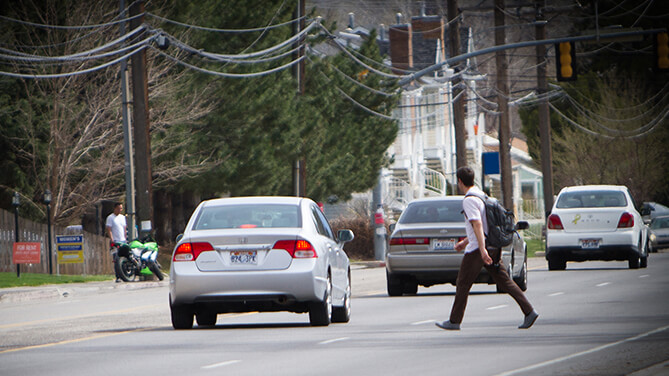 First of all, nobody “has” the right of way. There are only those who must “yield” the right of way. It is the motorist’s responsibility to do everything possible to avoid colliding with a pedestrian. Motorists must not block the crosswalk when stopped at a red light, or allow a part of their vehicle to invade the crosswalk. While Florida law says who must yield the right of way, all motorists, motorcyclists, moped riders, cyclists, and pedestrians must do everything possible to avoid a crash.

So Where Can You Cross the Street?

What about Crossing in the Middle of the Block?

What if a pedestrian wants to cross the street in the middle of a block, and there is no marked crosswalk? Florida laws on this subject can be very confusing. The answer is – IT DEPENDS.

Have questions or need help? Please don't hesitate to ask by contacting me.