Does Your State Have a Bicycle Helmet Law?

Does the law require you to wear a helmet while bicycling? 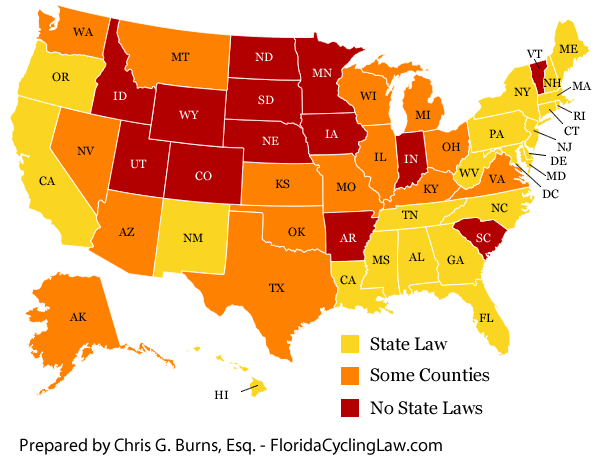 States that have bicycle helmet laws in all counties include the following:

As used in this subsection, the term “passenger” includes a child who is riding in a trailer or semitrailer attached to a bicycle. In addition, law enforcement officers in Florida may issue citations and fines for cyclists who fail to comply with the above bicycle law, although the ticket and fine can be dismissed if the rider later shows proof of the purchase of a helmet.

States that have bicycle helmet laws specific to some counties include the following states which are highlighted in orange.

The NHTSA put together a PDF highlighting “Bicycle Helmet Use Laws: Lessons Learned from Selected States” which includes a case study from my home town of Jacksonville, Florida (Duval County).