Almost everybody likes to be “cool”. In the cycling culture, fixed gear bikes are especially hip and cool. They are extremely common on college campuses. They are incredibly popular in our bigger cities. What’s the allure? 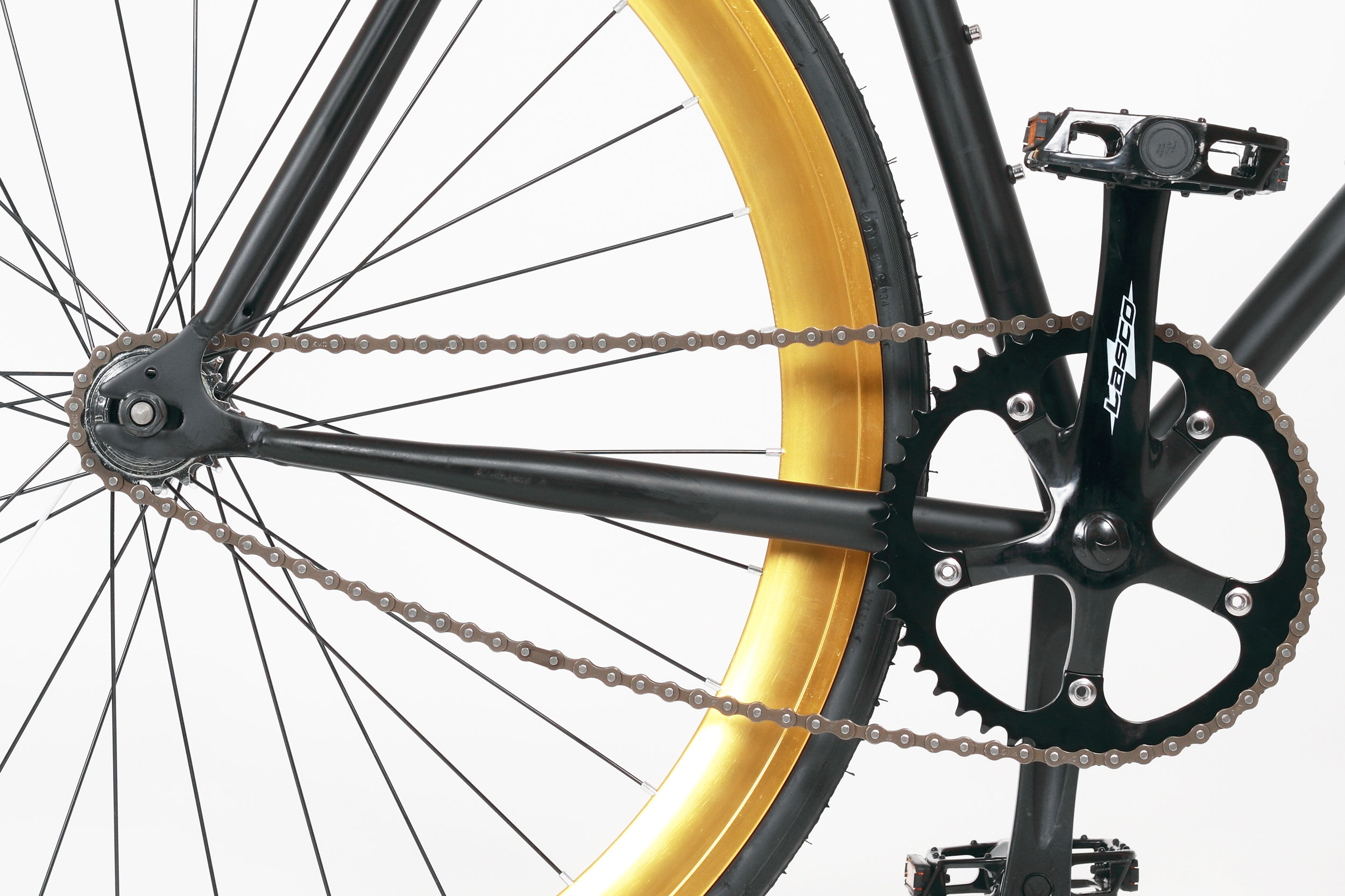 Fixies originally started as standard equipment in the bike messenger community. There was almost nothing that could be stolen off the bike, while the messenger parked the bike and delivered the package. Fixed gear bikes have also been popular with bike racers during off-season training, because they are thought to improve the efficiency of the rider’s leg spin. Fixed gear bikes are also used in track racing on a velodrome. They are ridden to gold medals in every Olympics.

Many cyclists think riding a fixed gear bike is a better workout, because one cannot coast at all.  When descending on a fixed gear bike, one must dramatically increase one’s pedaling cadence, probably much higher than normal.  Many cyclists feel this trains the legs to pedal more comfortably at a higher cadence in a smaller, less tiring gear.  Bicycling expert Sheldon Brown is one person who is very positive about the benefits of fixed gear bicycling, so long as the bicycle has a front caliper brake.

Bike messengers (also called cycle couriers) are often the most reliable and speedy method to deliver documents from one location to another in the central business districts of big cities, because bike messengers, quite often on fixed gear bikes, are less constructed by vehicle traffic jams, have less difficulty finding parking, and can deliver packages at a rapid and predictable delivery time. The 2012 movie, “Premium Rush”, is just one recent movie whose action plot is set around a bicycle messenger, who can fly around the streets and alleys of NYC in chase scenes far faster than any vehicle.  During the filming of the movies, there was actually a bad bike crash. The film’s star, Jon Gordon-Levitt, was riding his fixed gear bicycle full out, when he crashed through the rear windshield of a taxi. This caused him to suffer a severe laceration to his arm and require 31 stitches.

To their proponents, fixed gear bicycles have several advantages:

The issue with riding a fixed gear bike is how to stop. Typically, the cyclist applies back pressure on the pedals while riding, which slows down and then stops the bicycle.  Really excellent fixed gear riders also learn to “skip-stop”.  This is where the rider lifts the rear wheel off the road, stops the movement of the rear wheel, and then place the rear wheel back down on the road to make the bike skid.  This maneuver is done repeatedly until the bike stops, as opposed to creating a single long skid until the bike stops. Other fixed gear cyclists simply skid to slow down or stop.

In Florida, our laws do not reference “fixed gear” bicycles specifically. There is a general law about bikes and brakes.  Florida Statute 316.2065(13), says:

Every bicycle shall be equipped with a brake or brakes which will enable its rider to stop the bicycle within 25 feet from a speed of 10 miles per hour on dry, level clean pavement.

There are currently no Florida appellate court decisions which interpret the meaning of this law. It raises questions:

The District of Columbia is the one jurisdiction in the United States where the law specifically refers to fixed gear bikes. In D.C., fixed gear bikes without caliper brakes are perfectly legal. The law says:

Other states besides Florida also allow bikes with a single brake. Numerous states including Indiana (download Indiana bicycle law PDF) , Texas, Nevada, and New York, and even several cities such as Chicago, have adopted the following language in their bicycle laws:

“Every bike must be equipped with a brake capable of making a braked wheel skid on dry, level, clean pavement.”

In a bike crash where the cyclist is injured, it may be very important for this cyclist to compensated for medical bills or his/her lost wages.  But the decision of who caused the accident will be left to a judge or jury, none of whom are usually sophisticated cyclists.  A judge jury hearing about a fixed gear bicyclist may be prejudiced against the cyclist’s case.  No matter what the circumstances of the crash, the judge or jury may feel the bicycle rider acted recklessly by not having a brake, and contributed substantially to the wreck happening. Having at least one traditional mechanical brake on your bike will likely reduce the chance that a judge or jury will find you, the bicyclist, at fault for causing the injuries.

If you want to continue the discussion please post your comments below or, if you have a legal question, please feel free to contact me.