In Florida, we citizens are in peril of losing one of our most important safeguards to our individual liberties and rights – our independent judiciary. 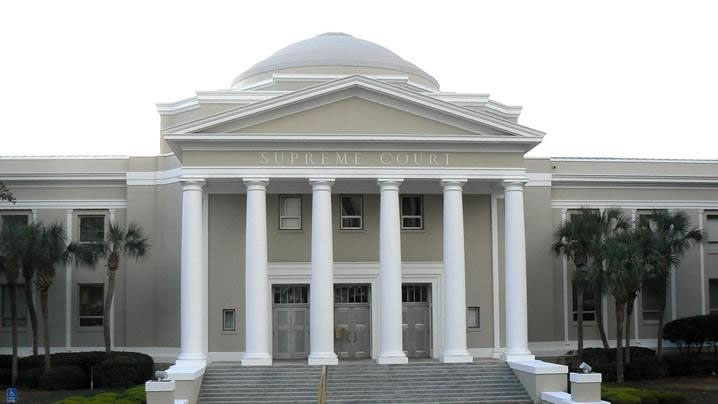 Our Florida Courts are under real attack. The wrong vote during this November 6th election could overthrow the power of our constitution, separation of powers, and the way our Florida government has worked effectively since it began.

The issue relates particularly to our Florida judges. This year, three Florida Supreme Court justices are placed on the voting ballot.  You will be asked to decide whether Florida Supreme Court Justices Pariente, Quince, and Lewis, should be retained as judges.  THIS IS NOT SUPPOSED TO BE A TIME TO VOTE OUT JUDGES BASED ON YOUR POLITICAL LEANING.  This is a time to give voters a chance to remove judges who have shown they are unethical or incompetent.  This vote is called, “Merit Retention”.  Merit retention is never supposed to be decided by whether voters or political parties agree or disagree with a particular judge’s rulings.  So long as that judge is fair, impartial and competent, the judge should be retained.  But Florida Governor, Rick Scott, wants to replace these three judges, in order to stack the deck with justices who agree with his political views – purely and simply.  Then they will keep their position as justices so long as they render decisions with approval from the Governor. THIS IS DEAD WRONG, NO MATTER WITH WHAT POLITICAL PARTY YOU ARE ALIGNED. Our Florida Supreme Court must be allowed to remain impartial. Justices should not depend upon approval from a political party to keep their jobs. Their only duty should be to the law and the Constitution.

Judges must have freedom to render fair and impartial decisions, which are based solely on the facts and law, not based upon political intimidation by one party or interest group. Judicial independence is an absolute necessity to our court system.  It protects the constitutional rights of each individual and ensures the law is followed. Courts protect the minority, those otherwise who have little power.  Our Constitution depends upon judges being independent and not intimated by political parties. The founders of our country knew of the extreme imbalance of power that likely would occur when a political party, who has support of the majority, controls virtually all matters, including Judges. Judges protect the law, even if it supports a minority. That is why our founders designed a balanced government. Each branch of government has a wall of separation between the other.

Please vote YES to retain all three Florida Supreme Court justices so they will remain in office.  These Justices are competent, fair and impartial.  Do not vote to remove a judge, whether you are Democrat or Republican, because you want your political platform supported.

A poll of Florida lawyers, both Republican and Democrat, indicates overwhelming support that the Florida Supreme Court justices should be retained. Numerous Florida newspapers have investigated the attack on our Supreme Court justices.  Since these justices have not been incompetent or unethical, these newspapers see the goal of Governor Scott is simply to appoint three of his own justices, who would owe their jobs to deciding cases in a way he approved.

Our system of government already has an appropriate way to deal with judges who are not competent, impartial or ethical.   If a party believes a judge made the wrong decision, the party can appeal to a higher court to review the judge's ruling.  This is an appropriate and effective check on judicial power.  If the Senate and House of Representatives disagrees with the way a court has interpreted a law, they may pass a different law, which reverses the result of the court’s prior decision.