We all know texting while driving has increased deaths nationwide. Now that Florida's new anti-texting law has passed, is this going to help? 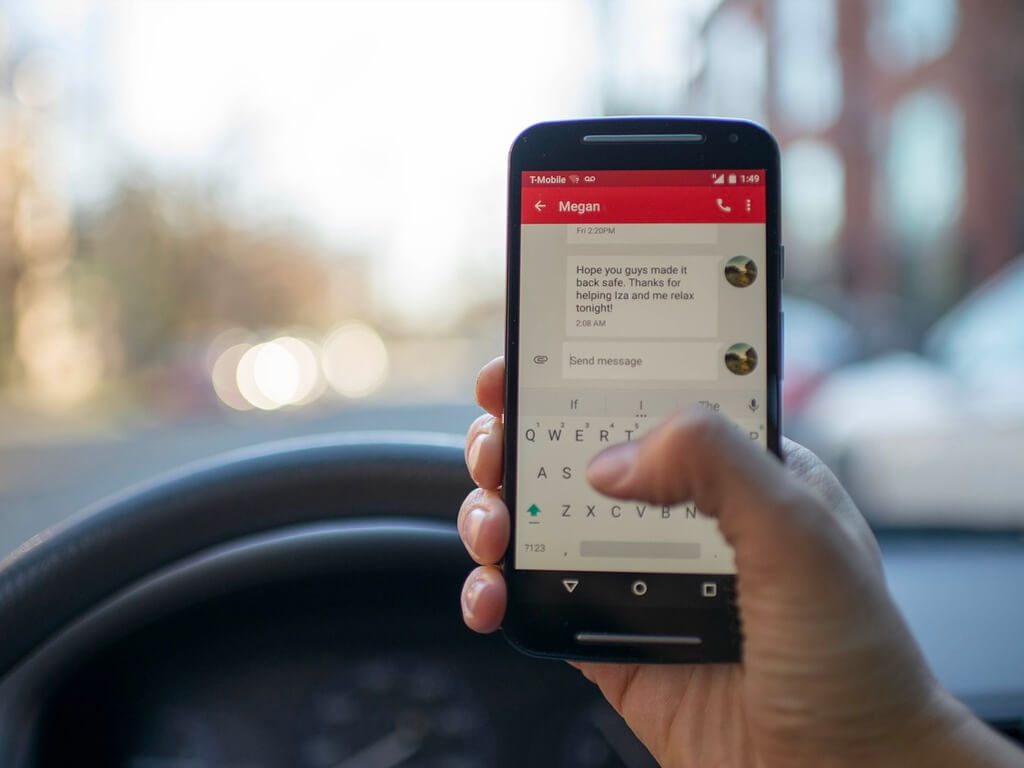 Florida has enacted a new law on wireless communication while driving. Manual texting and emailing while driving is banned. But is this law strong enough? Will it likely improve safety for others, including cyclists?

After the proposed law passed the Florida House and Senate, Florida Governor Ron DeSantis signed the new bill into effect on May 17, 2019. The law amends Florida’s old anti-texting law passed in 2013. What’s new with the 2019 law? Since 2013, manual texting or emailing while driving has been illegal in the State of Florida, and was defined as a “secondary offense.” A driver could not be stopped by law enforcement for pushing buttons on their mobile device while driving. The police officer could only cite the driver for texting while driving when the driver was pulled over by the officer for some other “primary offense,” such as speeding or careless driving.

With its 2013 law, Florida was 1 of 5 states where texting while driving was not a primary offense – where drivers could be stopped solely for texting and driving.  The 2013 law only applied to drivers who were texting or emailing by pushing buttons on their device. The 2013 law did not apply to voice-activated communications. The 2013 law also did not apply to drivers when their vehicle isn’t moving. The car had to be moving for the driver to violate the law. Sitting still at a stop sign made texting legal.

The 2019 Florida texting law is only modestly stronger.

The new texting law does not ban talking on a hand-held device.

The new law does not ban “hands-free” use of a device to text or email. It is legal to use a hand-held device by any method while stopped. It also does not ban using devices or systems for navigation.

The new 2019 texting law does not give the officer a right to search the driver’s wireless communication device without obtaining a search warrant or the driver’s consent.  Finally, although the 2019 law generally allows hand-held devices for phone calls, it bans using a portable or hand-held device for phone calls in a two areas of increased danger - school zones and road construction zones, if workers are present. A first violation of the 2019 law results in a fine of only $30, while a second violation increases to $60 – an amount which is about the cost of many monthly wireless service plans.

How does Florida’s anti-texting law compare to other states’ laws?

Many states also ban drivers under the age of 18 from using cell phones, even hands-free, for any reason. Not Florida. Here's a PDF of Distracted Driving Laws by State.

There is no question that Floridians need a strong law for their safety on the roads. The Florida Department of Highway Safety and Motor Vehicles concluded that there were 51,000 crashes in 2018 caused by distracted driving. Drivers who text and drive are eight times more likely to cause a crash. Cyclists and pedestrians are at dramatically increased risk of harm in accidents involving vehicles. Bicyclists and pedestrians have very little protection when a car crashes into them. Cyclists or pedestrians hit by cars traveling 40 mph or more will die most often.

There is also a continuing problem of enforcing the anti-texting law. According to the new law, the police may not confiscate a driver’s phone once a driver stops. Police may not inspect the phone without a search warrant. They cannot hold the driver’s phone while they wait for a search warrant. In a sense, the anti-distracted driving law creates an unexpected result. To prove the driver’s violation of the law, the police officer must see the driver pushing buttons on a hand-held device. How can they make such an observation while keeping their own eyes on the road?

While the 2019 texting law is a step in the right direction, it still needs to be improved. Our Florida law should ban all cell phone usage while driving, whether the device is being held or used hands-free.