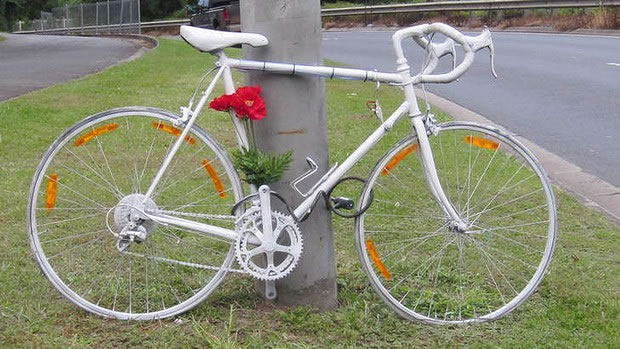 Florida’s Department of Highway Safety and Motor Vehicles has released its bicycle crash report (PDF) for 2012. The statistics on bicycle crashes and deaths are scary. In almost every category, Florida has more cycling crash victims in 2012.

There were 116 bicycle fatalities in Florida in 2012.  This is an extremely modest decrease of 3% from 2011.  However, cycling deaths in 2010 were only 76.  Both 2011 and 2012 have been significant increases in cycling deaths.  In 2012, 91 deaths arose with cyclists not wearing a bicycle helmet – this is more than 78% of fatalities.  Also, nearly 31% of the cyclists who died in bicycle crashes had been consuming alcohol.

When it comes to the relationship between cyclists and alcohol, the data is interesting:

What Florida counties have the most bicycle crash victims in 2012?

What conclusions must we reach?

We must work harder to decrease the number of cycling crashes, injuries and fatalities.  So far, what Florida has done has failed to improve our safety significantly.  Cyclists should be educated and encouraged to wear helmets whenever possible. The bicycle helmet law does not require cyclists over the age of 16 to wear helmets.  When they do voluntarily, their risk of fatality goes down a great deal.  All drivers, including cyclists, must avoid drinking and driving.  There are certain counties have have the lion’s share of crashes, injuries and deaths, and these counties must make an extra-special effort to improve their safety.

Should you or a loved one be a victim of a bicycle crash, please contact me to ask questions and know your legal rights.  Initial consultations are always free. As an attorney who has represented injured cyclists for almost 30 years, my hope is that I will have less and less clients due to safety improving in Florida.