11 Steps to Protect Your Rights After a Bicycle Crash

Most of the time, riding a bike brings beauty, independence, joy, and healthy living. Rarely, bicycling can turn into disappointment or worse, tragedy. 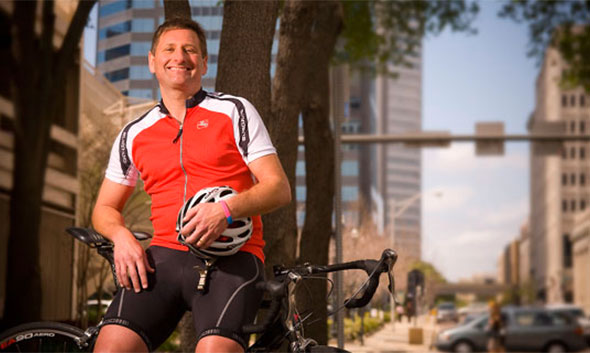 People who ride bicycles are in the midst of traffic which is massively bigger and heavier than the cyclists and their equipment.  Trucks, cars, SUVs – they are sometimes operated by drivers who have little concern for us.  We cyclists are largely unprotected, except for our helmets and the thinnest layer of clothing, and with hope that motorists will operate their vehicles safely with us in mind.

When you, as a cyclist or bicyclist, are involved in a collision with a vehicle, you need to know what to do to protect your rights.  Here are some extremely important steps to follow:

1. Report the Incident to Authorities

Always report the crash to the police - even if you don’t think you are hurt or your bike have been damaged.  Florida law says:

If you are in a crash with a vehicle where 1)  you are hurt, or 2)  there is damage to anybody’s property which exceeds $500, you MUST report the crash.

I have represented so many clients who felt they were not injured at the scene of the crash, but then realized they were injured in the next day or two.   When you have been in a crash, you may feel an adrenaline surge or be in shock.  You may not realize the extent of your injuries until later.

Similarly, it is not easy to tell how much damage is done to bikes at the scene.  Many bicycles are made of carbon fiber.  It is nearly impossible to determine the extent of their damage just by a visual inspection.  Sometimes bike damage is not obvious until the bike shop inspects.  Report the crash if there is any possibility of damage to your bicycle.

Report your crash even if it involves you and a dog, or was caused by a hole in the road or metal grating.  If you or your bike were caused to crash by a dog, report the incident to “Animal Control”.

Even when not required by law, reporting the crash is critical to preserving your rights.  The crash report will document important facts about your crash, such as the road conditions, the weather, the eyewitnesses to the crash, and will usually contain a diagram of the crash scene. If the other party to the crash acted improperly, reporting the crash will likely result in the other party receiving a traffic citation. Obtain the names, addresses and telephone numbers of witnesses. If you can, try to find out the identity of eyewitnesses to your crash. Police officers frequently do only superficial investigations, and don’t bother to take the names of all the witnesses. Don’t rely on the police officer to do this! After the witnesses leave the scene, you may never see them again.

2. Listen to what the other party says about the incident.  But don’t say anything yourself - until you must speak to the police officer.

Don’t say anything to the other party about how the crash happened. It is really true - anything you say can be used against you later on. Never make a statement apologizing for the crash or accepting part of the blame. It is not fair for an assessment of fault to be made right then, before the whole sequence of events has been analyzed. If another party to the crash makes a statement about his/her fault, remember this statement and write it down as soon as you can.  Remember what the other party says.  Write it down.

3. Preserve the condition of your bike, helmet, clothing, lighting, and other property.

We cyclists love to ride our bikes!  If you aren’t too badly injured, you might want to go straight to the bike shop, and have your bike fixed on the spot.  Don’t fix your bicycle!  Your bike damage is EVIDENCE.  Your altering the evidence could compromise your rights.  The bike damage may prove how the crash took place.  Also, before the at-fault party’s insurance pays for your bike damage, it may insist on inspecting your bike…or helmet, clothes, etc.  You must give that insurance party the chance to see the damage – the insurance company won’t just trust what you told them happened.

Please carefully photograph your bike in its exact condition after the accident.  Make sure you don’t leave your damaged bike outside, or in some storage place where its condition deteriorates. Keep it in your garage, or at the bike shop, with strict instructions that the condition not be disturbed. Keep your smelly clothes, your helmet, your shoes, your gloves, your sunglasses, EVERYTHING, just the way it was after the crash.

If your bicycle crash involved a truck or car, you may be entitled to receive certain benefits from your own car insurance. I know that sounds strange.  Why would your own auto insurance owe you benefits if you weren’t in your car?  Even though you weren’t driving a car, under Florida law your car insurance will be obligated to pay you “PIP” (no-fault) benefits, to the extent you incur medical bills or lose wages by being unable to work. Your car insurance may also have to provide you with “uninsured motorist” benefits. Your insurance agent is obligated to explain to you all of the potential benefits to which you may be entitled. But it is better for this explanation to be given to your lawyer.  Furthermore, the lawyer will request and receive an entire copy of your policy to make sure you are being offered all of the potential benefits available to you.  Then have your lawyer help you fill out the necessary insurance forms to begin receiving Florida “PIP” benefits.

However, DO NOT talk to the other party’s insurance company about the accident or your injuries.  Especially don't let them record your statement!  Your comments can be used against you.

5. When you go to the hospital or doctor, ask them to submit your medical bills to your auto insurance, and if you have it, your health insurance – on every claim.

Under Florida law, your car insurance is “primary”, meaning it must pay for your medical bills first, and then your private health insurance must pay.  Believe it or not, the at-fault party to the accident, the other driver, does not have to pay these medical bills at first – nor does his/her auto insurance.

6. Keep the documentation about the accident, given to you by the police officer, and give it to your attorney.

In a bike/car crash, the investigating police officer will usually take information from the other party identifying that party’s car insurance company. This information will then be placed in the written crash report. If the crash involved a dog, you should learn who owned the dog, and information about the owner’s homeowners insurance. If the crash was caused by a dangerous condition, such as a bridge grating or loose drainage cover, find out who is responsible for this property, and report it to your attorney.

7. Document your physical condition and injuries.

Take photographs of your bumps, bruises, road rash and scabs. Make sure they can be given to your attorney.  Some of my prior clients have taken photos on their phone, but then lost them or were unable to move them, or they were really terrible quality.  If you must have a cast, use crutches, or wear a splint, keep these items, and have photographs made of you using these things. Consider writing a diary of all the activities you can’t perform, and the aches and pains you feel. Months down the road you’ll forget about all this.

8. Photograph the location of the crash.

Take photographs or videotape of the place where the crash happened, even if there are no markings on the road to suggest an crash occurred. Roads are resurfaced, widened, and new signs put up all the time. The conditions of the road when you had your crash may be changed by road construction soon thereafter. Get photographs before the crash scene changes.  If there are marks or debris left by the accident, photograph it.  During the first rain storm, most of the marks may be gone forever.  Police reports don’t usually do a good job of identifying marks, unless the crash involves a death or very, very serious injuries.

If you were issued a traffic citation while riding your bicycle, you have more choices than just paying the ticket. Under Florida law, if you pay a ticket without contesting it, your record will indicate you were “guilty” of the offense.  Alternatively, you have the right to contest the ticket or try to work out a plea of “without adjudication”. If you contest your ticket and win, no fine or costs will be assessed. If you reach an agreement of “withhold adjudication”, you will be required to pay court costs, but there will be no record of “guilty”. Contact a lawyer to help you with your ticket right away.  There is always a deadline in preserving your rights to contest the ticket.  The deadline can be as short as 30 days or less.

10. Don’t discuss the accident or your injuries on Facebook or any other social network.

Please don’t talk about the crash on your Facebook account – this can never help your claim and may hurt it. Talk to your attorney for more advice on this subject.  A resourceful insurance claims adjuster or defense attorney may use these sites to obtain information regarding you or your claim which is very potentially harmful. For example, your site might be scoured for photos posted after your accident, to evaluate how active you can be. These photos could be misinterpreted. Or you might write to a friend that you are recovering nicely from your injuries. But in fact, this may be your giving an optimistic portrayal of your injuries and not a realistic portrayal. The private contents of an individual’s social networking website may be subject to the subpoena power of the courts, and the courts may insist that you disclose this information to the opposing party to your claim. You should understand that everything you post on such a site is probably going to be seen by the insurers or attorneys fighting your claim.

11. Consult with a reputable attorney – ASAP.

Crashes may have ramifications in traffic court, criminal court or civil court. There are time deadlines on most claims with which you must comply or your rights could be terminated. You should at least meet with an attorney ASAP to discuss your rights in all three courts. This attorney should have significant expertise in not just personal injury cases, but bicycle crash cases, and should have handled numerous bicycle crash claims in the past. Most reputable attorneys will meet with you free of charge. After an initial consultation, you can decide better whether you have any need for an attorney.